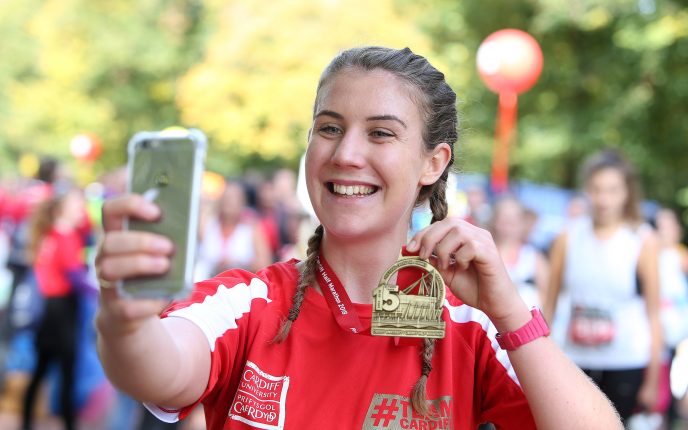 Women’s exercise time must be valued

Women benefit hugely from running but society must ensure their exercise time is not compromised by work and family commitments, new research from Cardiff University suggests.

Researchers partnered Cardiff University/Cardiff Half Marathon organisers Run 4 Wales to investigate why women run and the barriers around participation.

But the study also found that pressures of work and family were impacting on their running time, supporting evidence from Run 4 Wales that more women than men drop out ahead of races.

“What we’ve found is that women value the benefits of running to their fitness and mental health but sometimes feel they don’t have time to run because of work and family pressures,” said Dr MacBride-Stewart.

“If valuable running and exercise time is what is lost between the squeeze from these commitments, then more might need to be done societally to ensure that exercise time is valued and prioritised.

“This could include ensuring that women have good places to run that are accessible and do not present an additional barrier to running.”

The study is part of Run 4 Wales’ #WhyWeRun campaign for the 2019 Cardiff University/Cardiff Half Marathon to celebrate the rise of women runners.

Researchers sent a survey to all women registered to run in this year’s race.

But 42% said that work commitments had impacted upon their ability to train, while 39% cited lack of time, 37% mentioned family commitments and 36% referred to injury/illness.

More women than men have entered this year’s race on 6 October and organisers expect a female majority to run Wales’s largest mass participation event for the first time in its history.

Dr MacBride-Stewart said: “Women reported that the greatest benefits are related to how running makes you feel – running improves mood and fitness; it relaxes, produces clearer thinking, reduces anxiety and produces a sense of feeling good about themselves.

“Given that elsewhere women are reported as being over-represented in diagnoses of mental health and have less personal time away from work and family commitments than men, running offers women a good opportunity to reduce the stress and burden on their busy lives.”

Run 4 Wales Chief Executive Matt Newman said: “During this year’s #WhyWeRun campaign we have engaged with hundreds of women to hear their reasons for running.

“The most common themes of social media responses were how running can relieve stress and provide feelings of freedom and calmness, and Cardiff University’s academic research supports the theory that mental and physical wellbeing are intrinsically linked.

“More people than ever are lacing up their running shoes in Wales for the reasons detailed in this Cardiff University study, and we will see another showcase of mass-participation running when 27,500 participants take part in this year’s Cardiff Half Marathon on 6 October.”

Female runners competing in this year’s Cardiff Half Marathon are encouraged to fill in the survey, which is available online.

Researchers are also now analysing the results of focus groups with women in local communities to find out about running experiences in those areas.