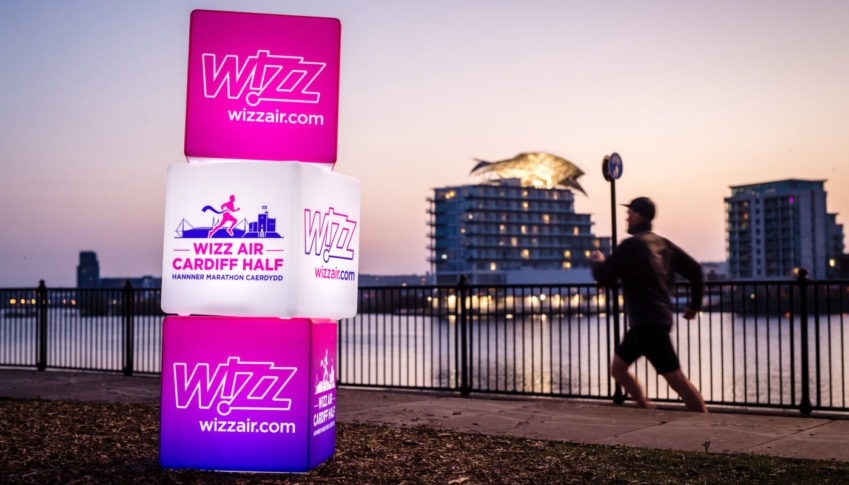 The Wizz Air Cardiff Half Marathon has grown into one of the largest and most exciting road races in the United Kingdom. It is now one of Europe’s largest half marathons and is Wales’ largest mass participation and multi-charity fundraising event.

The event has grown significantly since it was founded by Barnardo’s in 2003 when 1,500 runners took part. It now attracts a mass race field of over 27,500 registered runners alongside world-class athletes in a trio of fiercely contested men’s, women’s and wheelchair elite races. It hosts the Welsh Half Marathon Championships annually and has hosted the World (2016) and Commonwealth (2018) Half Marathon Championships.

The race is a member of the SuperHalfs, a global series of the world’s most prestigious half marathons including races in Lisbon, Prague, Copenhagen, Cardiff and Valencia.

It has been awarded a Elite Road Race Label by World Athletics and is a member of AIMS (Association of International Marathons and Distance Races).

Its flat, fast course passes all of the city’s most breathtaking scenery and iconic landmarks including Cardiff Castle, the Principality Stadium, Civic Centre and stunning Cardiff Bay.

Thousands of spectators turn out to cheer on the runners in a city renowned for its sporting passion. Cardiff is a lively capital city offering unique attractions, world-class sports stadiums, vibrant entertainment, waterside eateries and seemingly endless parkland.

The race has been sponsored by Wizz Air since 2022 and is supported by a number of other partners. It supports a large number of charities and good causes, with more than £3 million raised each year.

The event now offers a full weekend of activities, with a host of family-friendly activities at Saturday’s Cardiff Half Junior preceding Sunday’s half marathon.

It is organised by Run 4 Wales, a not-for-profit charitable trust set up to manage and deliver major sporting events in Wales.