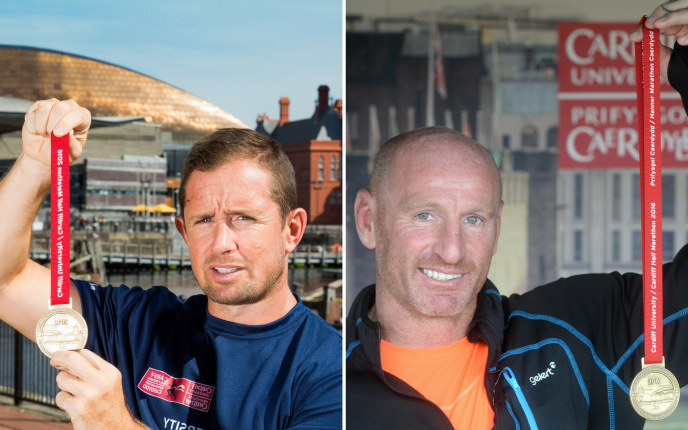 The stunning scenery of Cardiff Bay had been chosen as the winning design of the coveted 2016 Cardiff University/Cardiff Half Marathon finishers’ medal.

More than 3,000 people voted in a poll to choose the design of this year’s medal – with a choice between three iconic city images; Cardiff Bay, the Cardiff Castle Clock Tower or Cardiff University’s 107-year-old Main Building.

It was Cardiff Bay and the backdrop of the Senedd, Pierhead Building and the Wales Millennium Centre which attracted a massive 49% of the vote.

Welsh rugby legends Gareth Thomas and Shane Williams have been showing off the winning design. Both will be taking part in this year’s race, with Thomas filming a second series of his hit programme Gareth Thomas: Alfie’s Angels.

Matt Newman, chief executive of Run 4 Wales, commented: “With less than four weeks to go until Wales’ biggest and best half marathon we are delighted to be able to reveal the winning design of this year’s medal.

“A recent survey of our runners found the medal is what people are looking forward to getting the most when they finish the Cardiff University/Cardiff Half Marathon and that’s been reflected in the incredible response we’ve had to our design competition.

“The sight of tens of thousands of runners crossing the Cardiff Bay Barrage with the Senedd, Pierhead Building and Wales Millennium Centre in the backdrop has become one of the iconic images of the Cardiff Half Marathon so it’s fitting this has been chosen as the winning design for this year’s medal.”

Anyone wanting to complete the famous 13.1-mile route around the Welsh capital has just a few days left to enter, with registration closing at midnight on Sunday 11 September.

More than 19,000 have already signed-up for this year’s event, with entries expected to exceed previous records. There will also be the strongest-ever elite field, with runners from around the world enticed to run in the Welsh capital following the success of the IAAF/Cardiff University World Half Marathon Championships in March.

Thousands of runners of all ages are also set to take part in events the day before the showpiece half marathon, with a brand new event included for 2016. 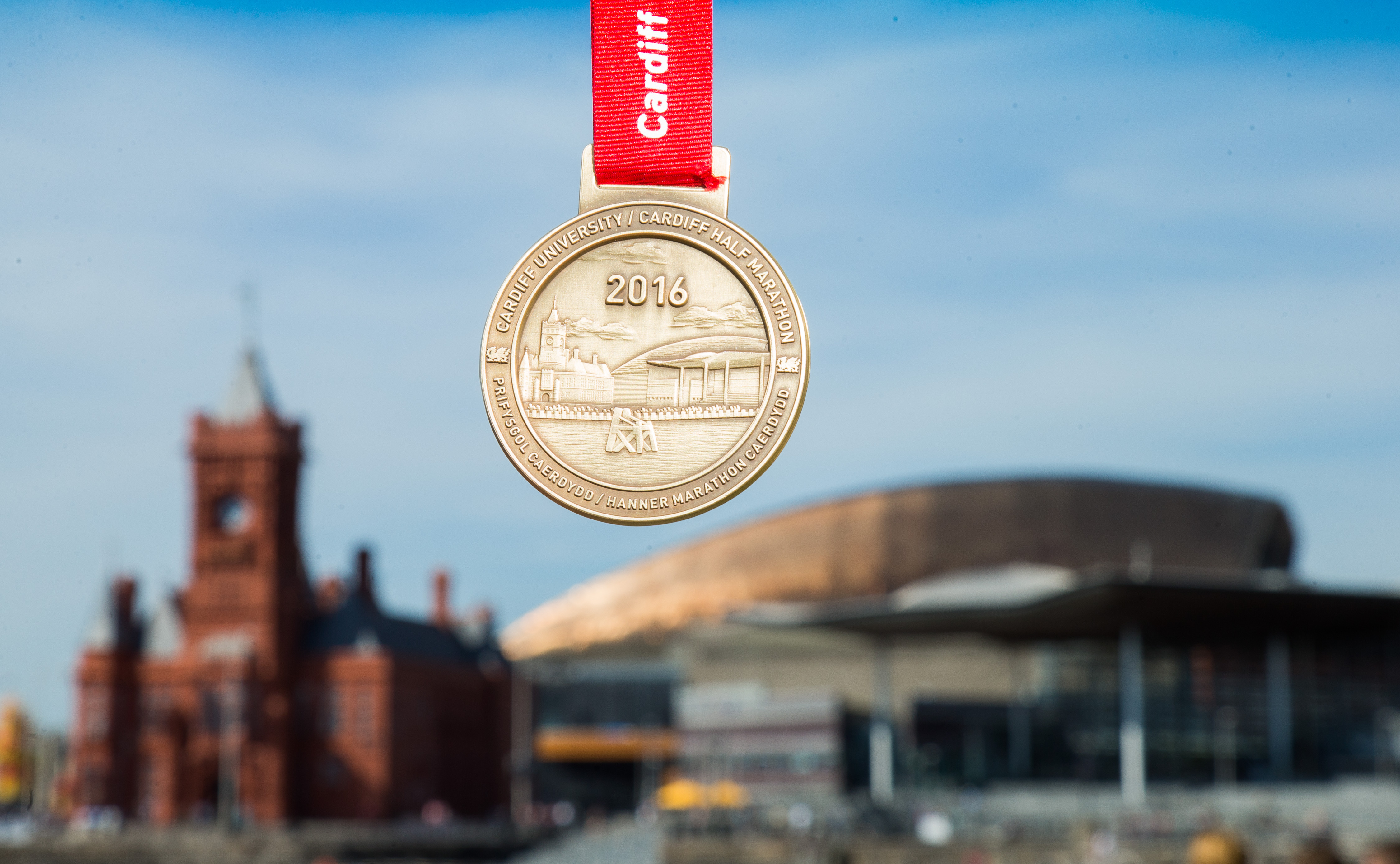 What do you think of the design? Join the conversation on social media @CardiffHalf #RunTheDiff.