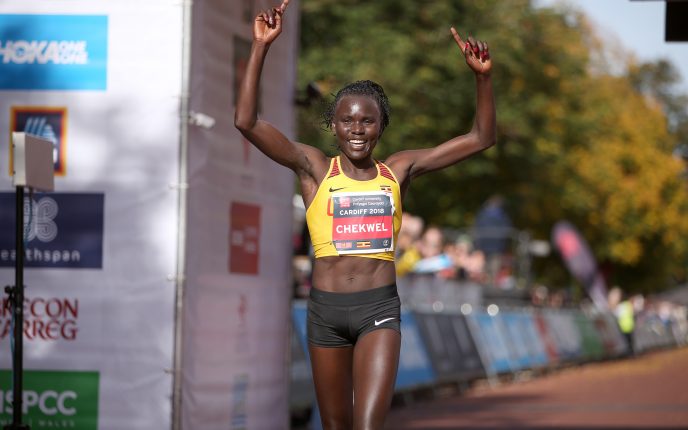 The Cardiff University/Cardiff Half Marathon is asking female participants to make their voice heard to celebrate the rise of women’s running at this year’s race.

Female runners are expected to make up the majority of participants for the first time in the events 16 year history. The #WhyWeRun campaign will shine a light on inspiring women of all abilities across the 25,000 strong field, from the elite athletes competing to take the Cardiff Half crown, to those taking their first steps at Wales’ largest mass-participation event.

The initiative will follow the personal journeys of world champion triathlete star Helen Jenkins – who will compete just four months after giving birth to her second child – and many more taking part on October 6.

One hundred novice female runners will join forces to under the guidance of BBC presenter and ultra athlete Lowri Morgan to inspire the wave of new runners to complete the 13.1 miles of the Cardiff Half.

Event organisers are asking the runners of Wales and beyond to explain the positive impact running has had on their lives by using the hashtag #WhyWeRun.

Run 4 Wales Chief Executive Matt Newman said: “More women are running than ever before and what better time to celebrate than at the Cardiff University/Cardiff Half Marathon, where the lion’s share of participants will be female for the first time.

“So many of our runners have inspiring stories to tell and with this campaign we are hoping to encourage the next generation to lace up their trainers and join the running revolution. One of Run 4 Wales’ core values as a social enterprise is to spread the benefits of running across Wales.

“The Why We Run campaign will give every runner the voice to share their experiences – however they identify themselves – before we come together on October 6 for another unforgettable day at the Cardiff University/Cardiff Half Marathon.” A fiercely competitive women’s race will headline the elite end of the event, as a competitive field aims to smash the course record set in 2017. Title sponsors Cardiff University will be undertaking research related to women’s participation at the sold-out 2019 event. Runners are being urged to keep their eyes peeled for updates across the Cardiff Half social channels for their chance to get involved.