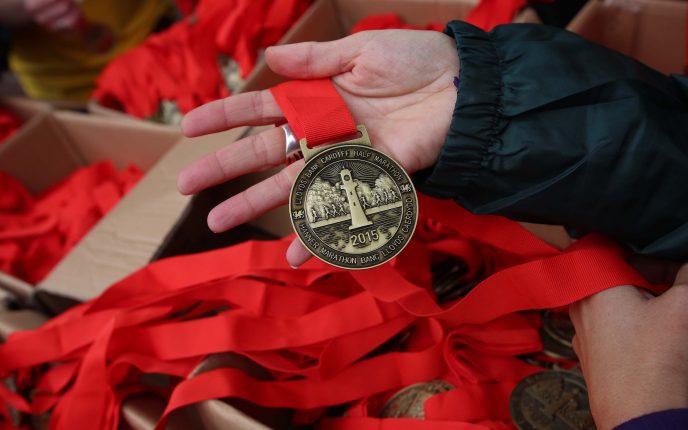 VOTE FOR THE DESIGN OF YOUR FINISHERS MEDAL

Cardiff University/Cardiff Half Marathon finishers medals are always a prize possession for any runner – thousands will be wearing theirs with pride come Sunday 2nd October.

To celebrate our new title sponsor Cardiff University, this year we are asking YOU to vote for the landmark you’d like to see on your finishers medal. We’ve selected three landmarks, including the University Main Building to choose from.

Whatever the result, they’re guranteed to be a fantastic memento to celebrate the achievement of running 13.1 miles. The winner will be announced closer to the event.

The flat, fast and beginner friendly 13.1 mile course around the capital takes in many of the city’s major landmarks including the Principality Stadium, the Cardiff City Stadium, Penarth Marina, Cardiff Bay Barrage, Welsh Government’s Senedd Building, the Wales Millennium Centre, Roath Park Lake before a grandstand finish in the Civic Centre.

Entries are flying out fast, with more than 12,000 already registered. You can sign up by visiting www.cardiffhalfmarathon.co.uk/register.