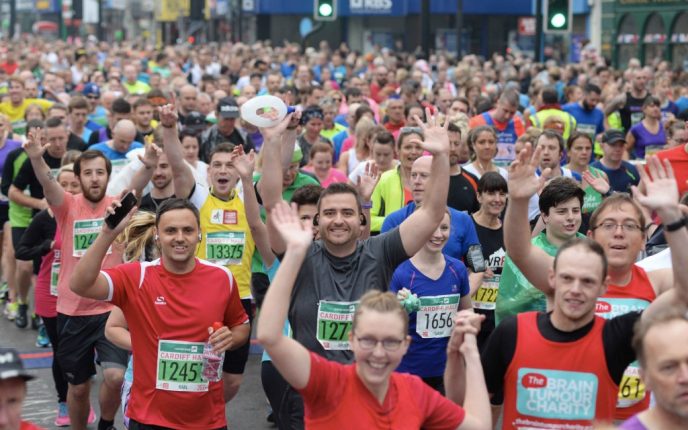 Runners hoping to take advantage of reduced entry prices for this year’s Cardiff University/Cardiff Half Marathon have been urged to get in before Saturday’s deadline.

More than 5,000 people have already snapped-up places since entries went on sale a month ago – making it one of the fastest-selling Cardiff Half Marathon’s to date.

Interest in the event has grown substantially since Cardiff hosted the IAAF/Cardiff University World Half Marathon Championships last month.

Runners from across Europe have signed up to run the same flat, fast and iconic course run by Mo Farah and Geoffrey Kamworor, who set an incredible new course record of 59:10.

The Cardiff course is perfect for beginners and seasoned competitors alike and with more than five months until race day on Sunday 2 October, there’s plenty of time to start training even if you have little or no previous running experience.

With its iconic startline in front of Cardiff Castle the route takes in all of the city’s major landmarks including the Millennium Stadium, Cardiff Bay, the Senedd, the Wales Millennium Centre and Roath Park Lake before the grandstand finish in the Civic Centre.

A record 22,000 people signed up for last year’s Cardiff Half Marathon making it the second biggest half marathon in the UK. Runners raised an incredible £2.4m for charity, ensuring its place as the largest fundraising mass participation event in Wales.

Entry to this year’s event starts at just £25, which makes it the best value big city half marathon around. You can save money by securing one of the early bird entries available until midnight on Saturday 30 April.

Get your place in the Cardiff University/Cardiff Half Marathon from just £25 by visiting www.cardiffhalfmarathon.co.uk/register/ and get involved in the conversation using the hashtag #RunTheDiff on social media.