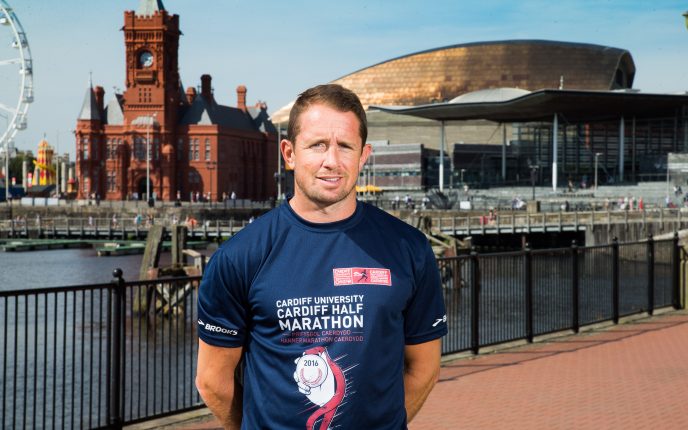 SHANE WILLIAMS BECOMES 17,000TH RUNNER TO SIGN UP AS HE REVEALS 2016 RACE T-SHIRT

Shane Williams has become the 17,000th runner to sign-up for the Cardiff University/Cardiff Half Marathon, as Olympic fever boosts numbers to record levels.

Former Wales rugby star Williams will take on Wales’ largest mass participation event on Sunday 2 October and looks set to be joined by more than 20,000 runners.

Williams has today revealed the much sought-after finishers’ t-shirt for this year’s event, from official sportswear partner Brooks Running.

“I’m really looking forward to October’s event and pleased that I am the first person to get my hands on the official event t-shirt,” said Williams.

“I took part in the IAAF/Cardiff University World Half Marathon in March and it was an incredible experience, despite the bad weather.

“It’s amazing to see how much the Cardiff Half Marathon has grown every year and with so many people having signed-up already this year it should be a brilliant event.”

Fellow ex-Wales internationals Ryan Jones, Ian Gough and Andy Moore all completed March’s event and Williams is hoping to persuade them to take part once again.

Williams added: “I’m a sprinter so anything over 40 metres feels like a long way for me but hopefully they will all be chasing me.”

Entry numbers are currently 6% up on last year’s record-breaking event, with organisers Run 4 Wales experiencing a spike in interest since the Olympic Games started on August 5.

With the addition of a new race, the Cardiff University Student Life Fun Run, over the Cardiff Half Marathon weekend and the ever-popular Family Fun Run and Toddler Dash, more than 23,000 adults and children could take part in events this October.

Matt Newman, chief executive of Run 4 Wales, commented: “Once again we have been staggered by the fantastic response from the public to the Cardiff University/Cardiff Half Marathon and we look forward to putting on another superb event.

“The success of the IAAF/Cardiff University World Half Marathon Championships in March has taken the profile of the Cardiff Half Marathon to another level and we are confident of securing the strongest-ever elite field for our October event.

“We have also seen a healthy boost in entry numbers since the start of the Olympic Games, suggesting more and more people have been inspired to take on the challenge of Wales’ biggest and best mass participation event.”

Places are still available in the Cardiff University/Cardiff Half Marathon from just £25 by clicking here and runners can get involved in the conversation using the hashtag #RunTheDiff on Twitter.

The finishers t-shirt design has this year inspired the look of our Official Brooks Running Cardiff University/Cardiff Half Marathon race merchandise, which is now available by clicking here.

Hoodies, sweatshirts, t-shirts, vest, zoodies, accessories and personalised merchandise is available in a range of colours: 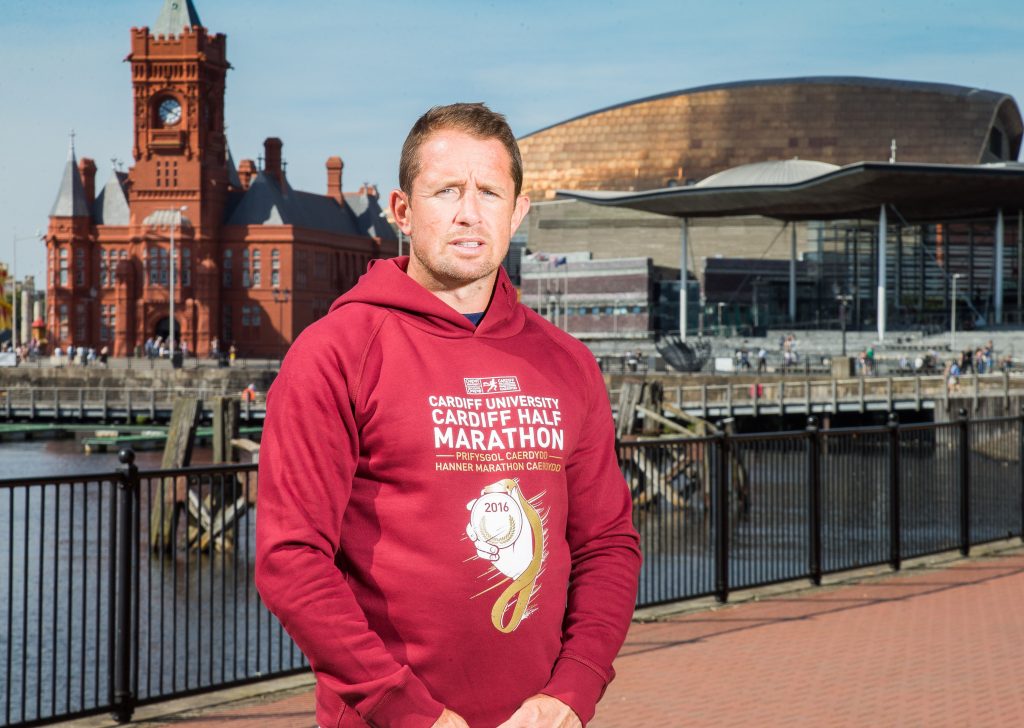