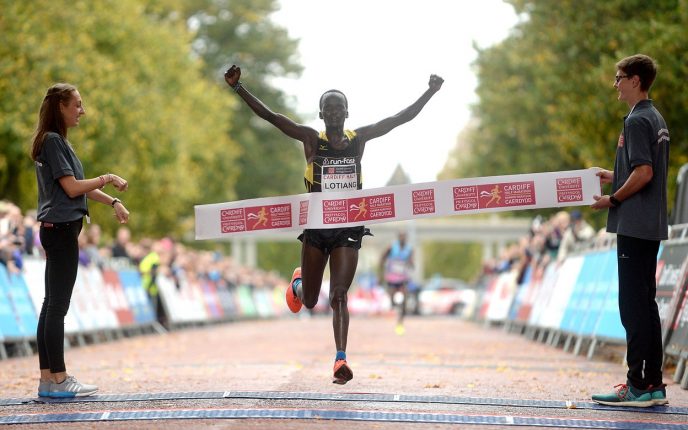 Runners Quick Off The Mark for 2018 Cardiff Half

It has taken fewer than 24 hours for 5,000 runners to secure their place at the 2018 Cardiff University/Cardiff Half Marathon.

The race for places is underway following on from the success of the largest mass-participation running event in the history of Wales. More than 20,000 runners came together to take part in a record breaking weekend in the capital city, and the 15th anniversary edition in 2018 looks set to break new ground.

The lucky first 5,000 took full advantage of an early bird offer to secure their place on the start line on October 7, 2018.

But runners can still be a part of Wales’ premier running event by signing up at cardiffhalfmarathon.co.uk.

Matt Newman, Run 4 Wales Chief Executive, said: “The 2017 Cardiff University/Cardiff Half Marathon was the most successful yet as records were set for entry figures, money raised for charity and television coverage.

“We’re delighted to have already sold 5,000 entries in under 24 hours and it just goes to show how much people from across the UK and the world want to be a part of Wales’ largest mass-participation event.

“The Cardiff University/Cardiff Half Marathon looks set to sell-out in record time this year so we urge runners to waste no time in signing up for what promises to be another unforgettable event.”

A total of nine world records were sent tumbling across the weekend while the new male and female champions ran faster than anyone before on the flat, fast course through the heart of the Welsh capital.

The Cardiff Half Marathon will celebrate its 15th anniversary on Sunday 7 October, 2018 and an extra special commemorative medal and finishers’ t-shirt will be on offer to mark the occasion.

Entries will once again be capped at 25,000 to maximise the experience for runners and spectators alike, so runners are encouraged not to waste any time if they want to be a part of the UK’s second largest half marathon.