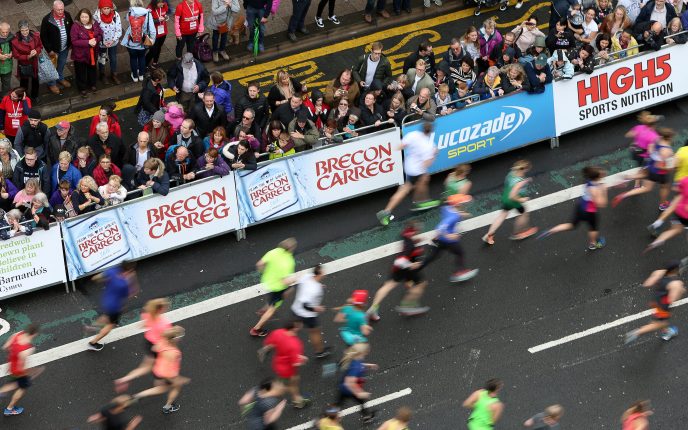 Run, Refuel, Recycle at the Cardiff Half

The Cardiff University/Cardiff Half Marathon is not the only major event in Wales celebrating its 15th anniversary next month.

The nation’s largest mass-participation event is teaming up with Brecon Carreg and Recycle for Wales to mark the 15th year of Recycle Week, an initiative to get everyone in Wales to recycle more by demonstrating the benefits of recycling items from all around the home.

The 25,000 runners at this year’s sold-out Cardiff University/Cardiff Half Marathon are being encouraged to run, refuel with Brecon Carreg’s Welsh water and then recycle at the clearly signed points.

To put things into context, if every Cardiff Half Marathon runner recycled one plastic water bottle, it would save enough energy to power Cardiff Bay Barrage with electricity for more than two days.

Welsh runner Dewi Griffiths will be battling it out with the best in the world to become the first Commonwealth Half Marathon champion on Sunday 7 October, but Recycle for Wales is challenging the nation to become world champion recyclers.

Wales currently boasts the highest recycling rates in the UK at 64%, making us second best in Europe and third best in the world. Recycle for Wales would like to encourage people across the country to recycle all they can to help Wales become the best recyclers on the planet.

Catrin Palfrey from Recycle for Wales, said: “With more and more people in Wales recycling, we’re well ahead of the field and our world rankings reflect that. We’re delighted to be teaming up with Run 4 Wales and Brecon Carreg to encourage all runners and spectators to keep Wales running up the rankings by recycling all you can. The theme for this year’s Recycle Week is ‘Recycling. We do. Because it matters’, and in Wales, we can proudly say, “we do”.”

Jenna Bissell, Marketing & CSR manager for Brecon Carreg Mineral Water said: “We’re thrilled to be involved with the Run Refuel Recycle campaign. Like consumers, we want to see any negative environmental impact from single use plastic become a thing of the past. We believe the most effective way to increase recycling and reduce litter is through collaboration and the campaign is a great example of this.”

The 2018 edition of the Cardiff Half is set to be the most sustainable yet. A host of environmental champions will be situated at the finish line, directing participants towards recycling bins, to dispose of water bottles and banana skins appropriately. Each and every Cardiff Half race brochure is made up of recycled paper as Run 4 Wales continue to work on an green action plan, implementing a thorough environmental policy that aims to reduce waste.

Run 4 Wales Chief Executive Matt Newman said: “The eyes of the world will be on this year’s Cardiff University/Cardiff Half Marathon as the event plays host to the inaugural Commonwealth Half Marathon Championships.

“The world-wide coverage of the event gives Wales the perfect platform to showcase how the country has become a world leader in recycling and sustainability. We’re proud to be celebrating our 15th anniversary within weeks of the 15th Recycle Week.”

About Recycle for Wales

Recycle for Wales is a campaign to encourage people in Wales to recycle more things more often from all around the home. Recycle for Wales is grant funded by the Welsh Government to encourage behaviour change across Wales to reduce the amount of waste produced and use resources in an efficient way in order to meet the Welsh Government’s ambitious target of being a zero-waste nation by 2050.