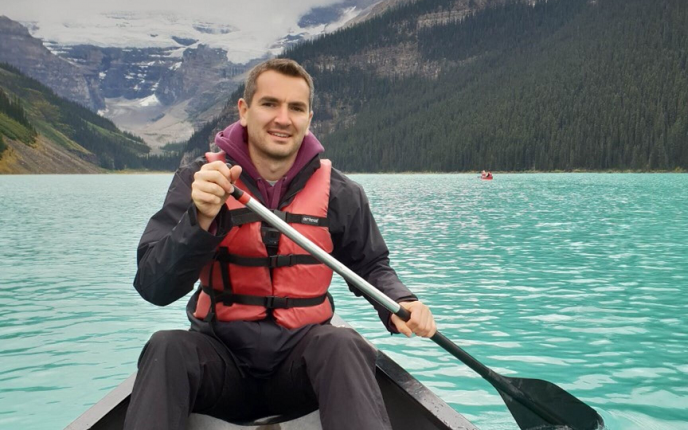 The organisers of the Cardiff Half Marathon, Run 4 Wales, are now able to confirm the name of the runner who died after taking part in the 2019 event on Sunday, 6 October, 2019.

Nicholas Beckley, aged 35, died at the University Hospital of Wales, Heath, Cardiff, having collapsed at the finish line after completing the race. He suffered a cardiac arrest and received immediate attention in the medical centre located at the finish line.

Nick, who worked as a Senior Planner at Cardiff Council and was an alumni of Cardiff University, had run the race twice before and was a regular runner and football player.

Matt Newman, CEO of Run 4 Wales, who met with Nick’s family at UHW, reacted to the news today.

“The thoughts of everyone connected with the race are with Nick’s family and friends at this difficult time. The medical team and emergency services reacted with great speed and professionalism to his collapse on the finish and he received specialist medical care within a minute of finishing,” he said.

“We will remain in close contact with the family and will continue to support them in every way we can.”

Nick’s brother, Andrew Beckley, described him as “a true Gentleman who will be sorely missed and always loved by all”. He also provided the following tribute to his brother.

“Nick was born in North Devon in 1983, moving to Cardiff in 2003 to study at Cardiff University. Having gained a degree and masters in Strategic Planning and Urban Design, he joined Cardiff Council as a Town Planner and was recently appointed as a Senior Planner.  Although extremely proud to be from Devon and a country boy at heart, Nick was hugely passionate about Cardiff and saw it as his home.

“Nick loved sport and in particular, Football and Running. He represented Appledore Football Club (Devon) and Cardiff University and was a long standing member of Cardiff Cosmopolitan FC, where he had played for more than 10 years. Nick ran regularly, typically around Cardiff Bay, where he lived, and he had completed the Cardiff Half Marathon twice before. He was a big fan of the event and was so pleased to see how it has grown over the last few years.

“Above all, Nick was a family man. He is the much loved son of Marilyn and Geoff, brother to Andy and Chris, boyfriend to Natalie and uncle to Leo and Isaac. Nick enjoyed travelling and both he and Natalie visited many countries together over the past few years.”

Nick Beckley’s family are raising money in his memory, those who wish to donate are asked to give generously to help support Mind – The Mental Health Charity. Please donate to his JustGiving Crowdfunding Page: https://www.justgiving.com/fundraising/nicholas-beckley

PICTURE SUPPLIED BY THE FAMILY IS OF NICK ON LAKE LOUISE, CANADA, IN 2018