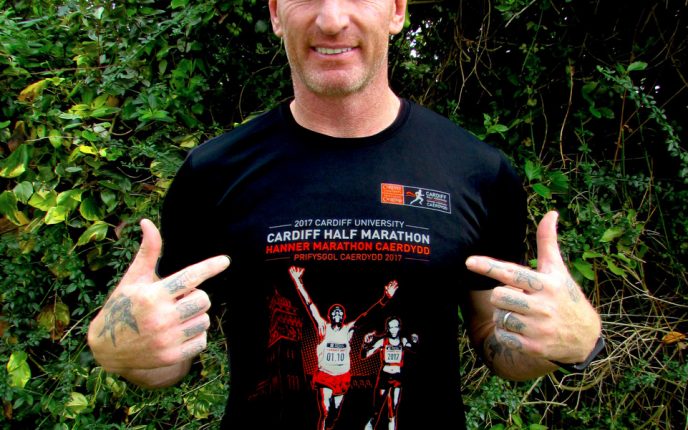 The brand new design features last year’s elite race champions Shadrack Kimining and Viola Jepchumba, who sent race-records tumbling 12 months ago. The Kenyan duo are back aiming to go even faster this year, but they are not the only ones who will be making  history on Sunday.

A record total of 25,000 runners will pass Cardiff Castle, which stands proudly in the background of the black and red tee, as they set-off on their 13.1 mile journey around the iconic Welsh capital. Among them will be a host of people aiming to break world records, and those determined to achieve their own personal goals.

Matt Newman, Run 4 Wales Chief Executive, said: “We’re delighted to reveal our new finishers’ t-shirt, inspired by everyone who is out to achieve something they have never done before at this year’s race.

“We hope the new t-shirt can inspire people to push themselves further than they’ve gone before, whether they’re going for a new a personal best, attempting a world record, or raising money for one of around 800 good causes.”

The new t-shirt, modelled by Gareth Thomas above, will be available to all runners after they cross the finish line. Thomas will lead his Alfie’s Army of young people as they aim to complete a journey that has seen them go from sofa to 13.1 miles on Sunday morning, as part of the BBC television series that starts tonight (Wednesday 27th) on BBC One Wales at 21:00. 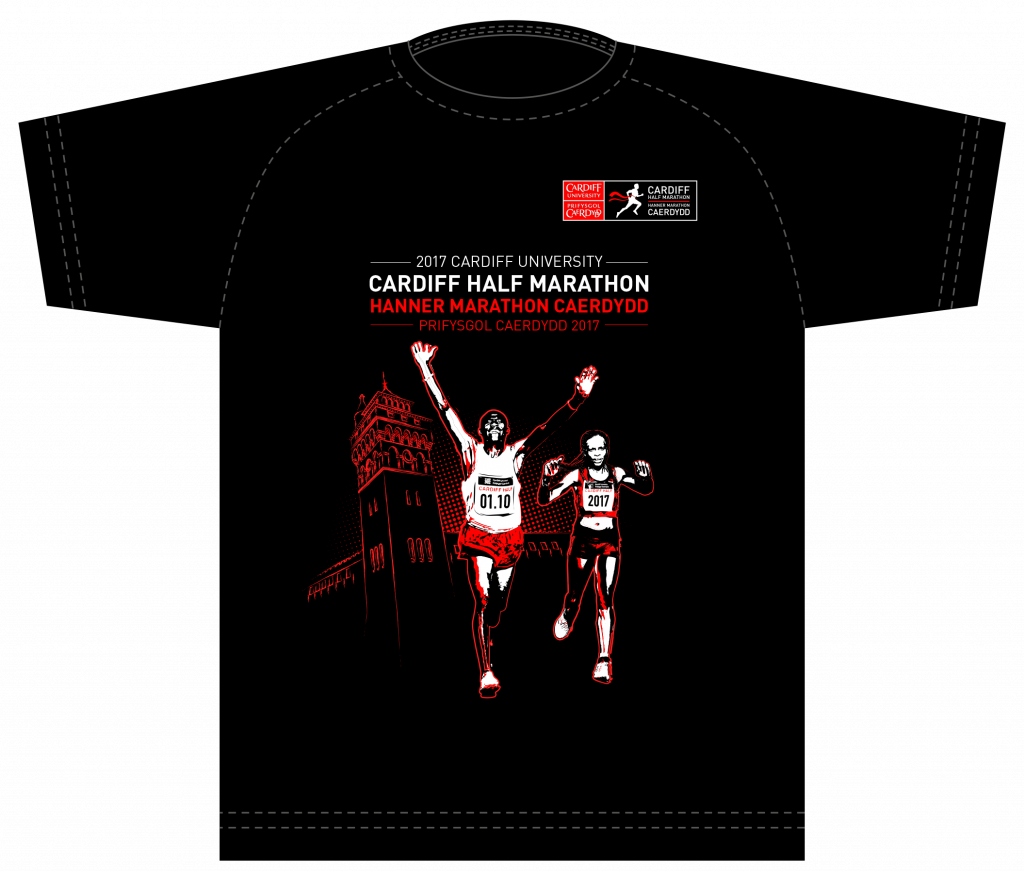