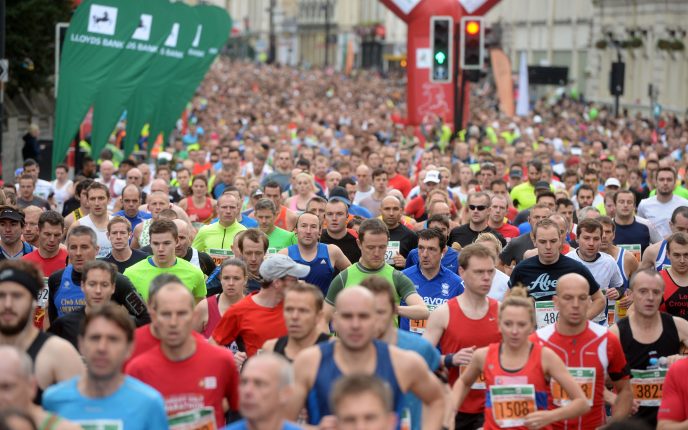 Almost 11,000 people have signed up to run this autumn’s race on Sunday October 4, a nine per cent increase compared to the same stage in 2014

The Lloyds Bank Cardiff Half Marathon is on course for its biggest year with more of the UK’s top athletes racing to take part.

Almost 11,000 people have signed up to run this autumn’s race on Sunday October 4, a nine per cent increase compared to the same stage in 2014.

With October’s race doubling-up as the trial for the British team for next year’s IAAF/Cardiff University World Half Marathon Championships in Cardiff on Saturday March 26, organisers Run 4 Wales have had entries from some of the UK’s leading distance runners.

The 2015 Lloyds Bank Cardiff Half Marathon course has now been confirmed, with a number of slight alterations to last year’s route, but still including all of the city’s major landmarks.

Due to the restoration work taking place on Windsor Road bridge runners will go down a section of the A4234 Central Link instead of Lloyd George Avenue.

After discussions between all of the parties involved in the organisation of the race, this year’s finish line will revert to King Edward VII Avenue to allow greater access for emergency services and other vehicles from North Road. 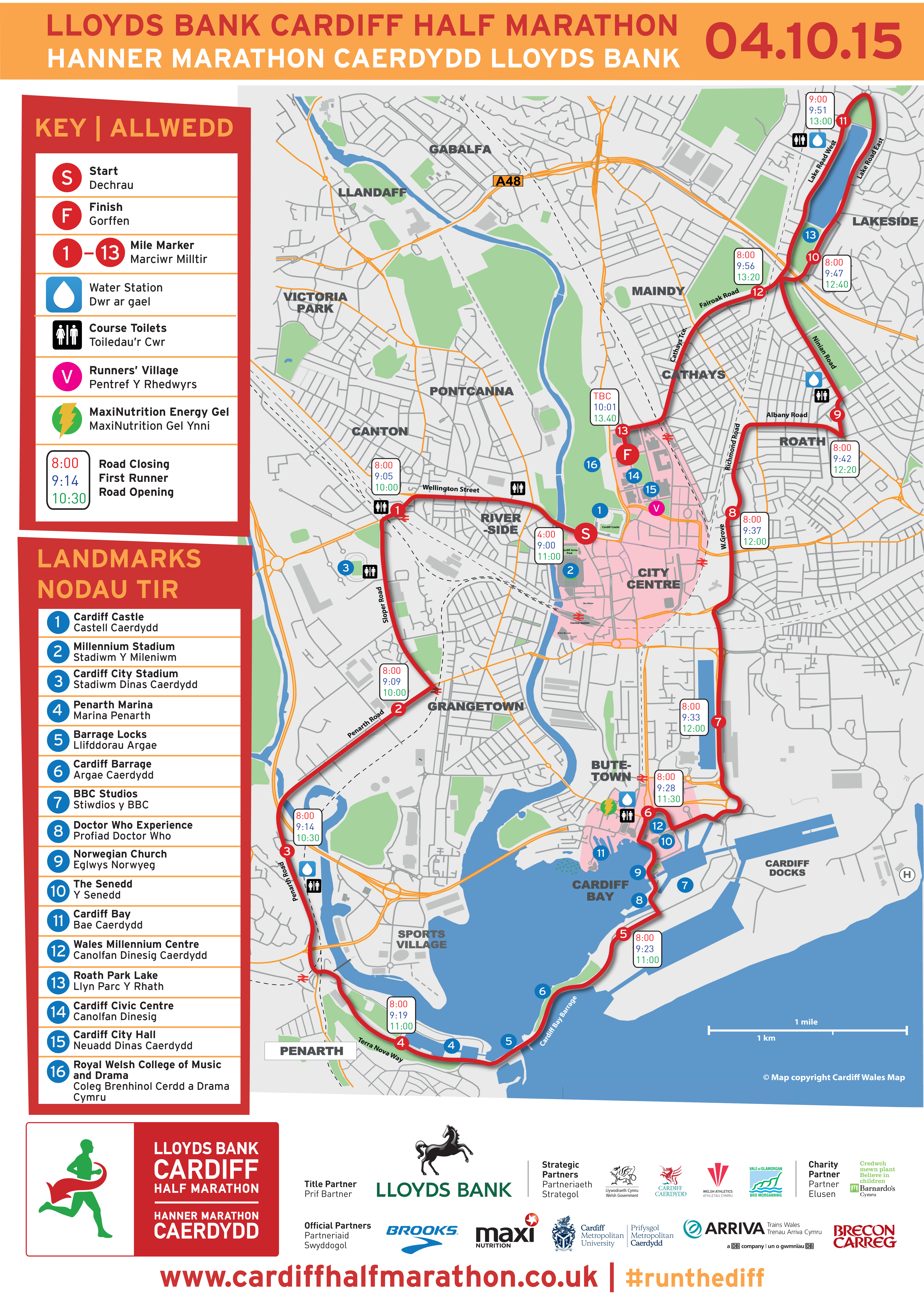 Steve Brace, head of event delivery for organisers Run 4 Wales, said: “With only a small number of minor changes to the route we are delighted to be able to offer the same fast, flat and iconic course runners love about the Lloyds Bank Cardiff Half Marathon.

“As we have seen from the recent Sport Wales and Sport England participation surveys, running is enjoying a boom period in Wales and the rest of the UK and that has been reflected in the boost of entry numbers we have seen so far this year.

“With the IAAF/Cardiff University World Half Marathon Championships coming to Wales for the first time on Easter Saturday next March, this year’s Lloyds Bank Cardiff Half Marathon is also attracting runners who want come and try out the course in preparation.”

In addition to the showpiece half marathon, the Lloyds Bank Festival of Running will once again return on the Saturday before the main race October 3, offering a host of family friendly running events.

Entries have just gone on sale for the popular 2.4km family fun run and this year for the first time there will be a Lloyds Bank toddler dash (in association with BBC Children in Need) for younger children.

There will also be an enhanced runners’ village, more on-course entertainment, single mile races and the return of the popular mascot race featuring a number of recognisable mascots from leading companies in South Wales.

To register for the 2015 Lloyds Bank Cardiff Half Marathon or 2.4km Family Fun Run visit cardiffhalfmarathon.co.uk/register.