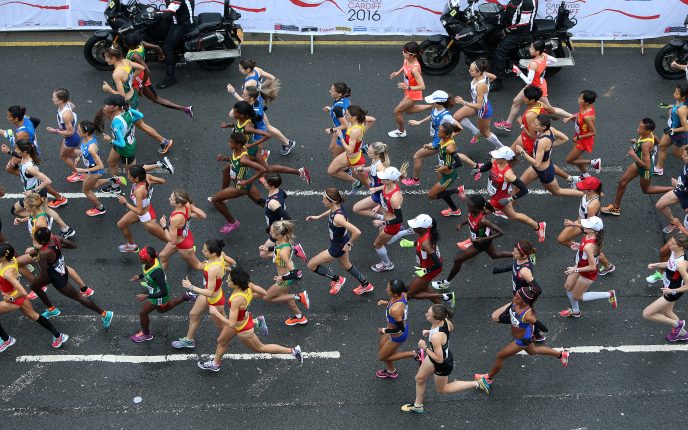 Australia and New Zealand will make the longest journey to Cardiff to take their place in history at the first Commonwealth Half Marathon Championships.

The challenge from Down Under will be fronted by a strong Aussie team, who are led by Commonwealth Games 5,000m and 10,000m finalist Celia Sullohern. The 26-year-old earned fifth and sixth placed finishes on her international track debut at the Gold Coast and will be aiming to produce another shock on the streets of the Welsh capital next month.

She is joined in a three-woman team by Marnie Ponton and Casey Wood, who finished second and third respectively at the Australian Half Marathon Championships.

DeJen Gebreselassie will don the green and gold vest after a remarkable journey to the start line outside Cardiff Castle. Gebreselassie, 25, was born to Ethiopian parents in a Sudan refugee camp, and aged 10 his family moved to Tasmania for a new life in Australia.

New Zealand will send a team of four athletes to the Cardiff University/Cardiff Half Marathon on October 7. Belgrave Harrier Daniel Wallis will be familiar with British conditions having spent his whole junior career racing in the United Kingdom.

He will be joined in the men’s team by Cameron Graves, while Rochelle Sceats and Esther Keown will compete in the Women’s race.