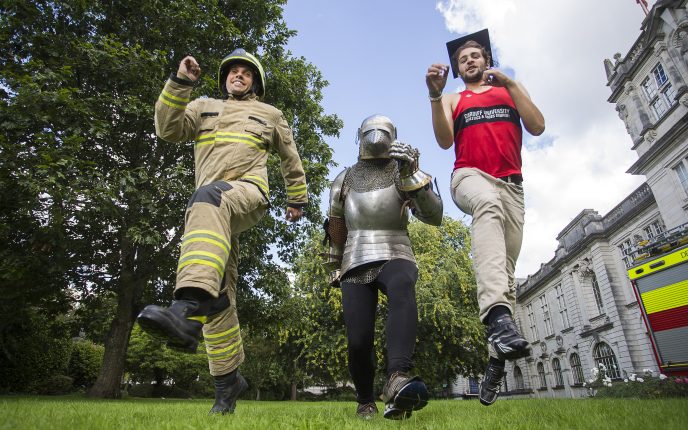 Meet the Cardiff Half record breakers!

October 1st will be a record-breaking day in the Welsh capital with 25,000 runners signed up to take-part in the biggest ever Cardiff University/Cardiff Half Marathon.

The sold-out race will enter the record books in one months’ time, with the largest ever number of runner’s due to take part and a stronger than ever elite field set to beat all previous course records – but it’s not just the professional athletes who will be looking to break records.

A number of runners will be attempting to get their names in Guinness Book of Records. From firefighters in full gear to a knight by the name of Sir Runalot, these are just some of the people who will be looking to set a personal best on the flat, fast and iconic course next month. 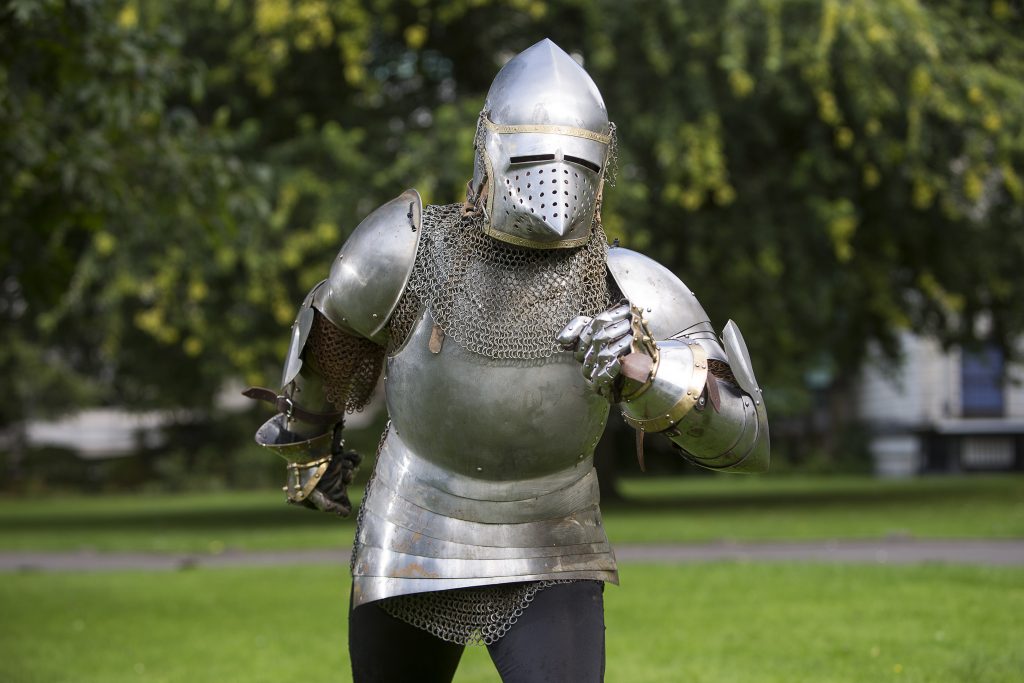 Sir Runalot (aka Tudor Jones) is one of the most recognisable runners who has taken part in recent years. He will take-on the 13.1 mile course for the second year in-a-row, aiming to beat his impressive time of 03:35 last time out.

Tudor, who is raising vital funds for Ty Hafan children’s hospice, was only five minutes away from setting a new record last year, but his leg armour fell to pieces costing him a total of 14 minutes.

This year he has brand new steel suit that weighs a whopping 30kg – almost half of Tudor’s bodyweight. And he is ready to finally get his name in the book before taking on a full marathon. 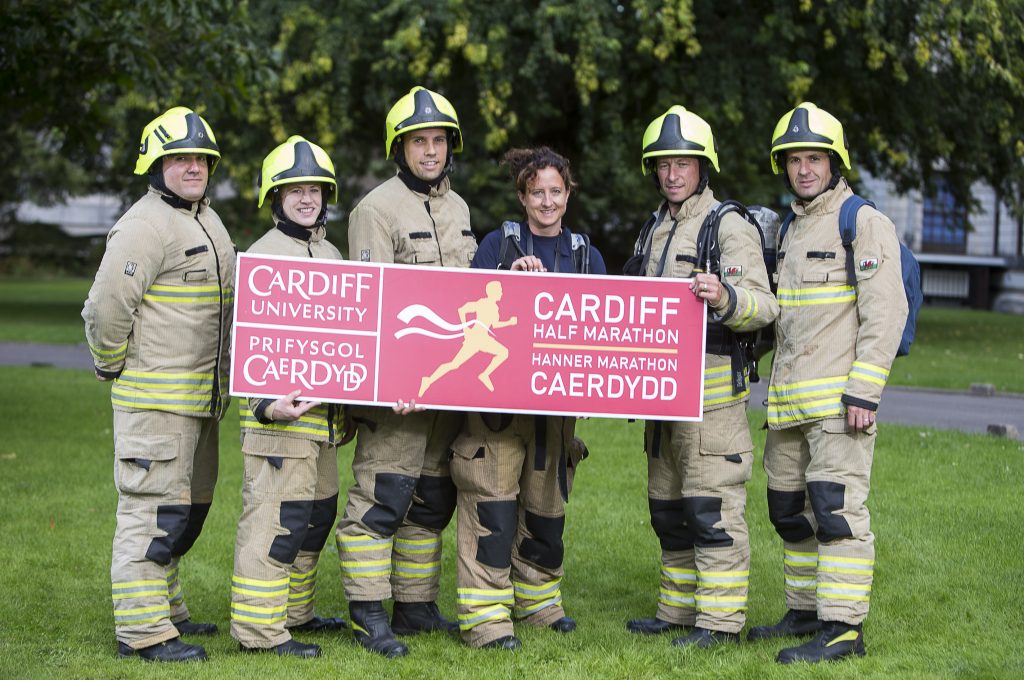 Kevin Summerhayes, who works full-time at Cardiff Central Fire station, hit the headlines last year when he came just 23 seconds short of a new world record for running a half marathon in full firefighter uniform. The 34-year-old completed the course in 1:48.23, but narrowly missed out. That record has since been improved to 1:38:20 by Germany’s Lars Kegler.

This time he is back determined to get his name in the famous book alongside a group of fellow firefighters from across South Wales. Kevin will this time be aiming to break the record for the fastest time wearing full fire kit over a one-mile distance during the Festival of Running on Saturday 30th September, he will have to beat 6 minutes, 8.46 seconds, and he will be joined by: 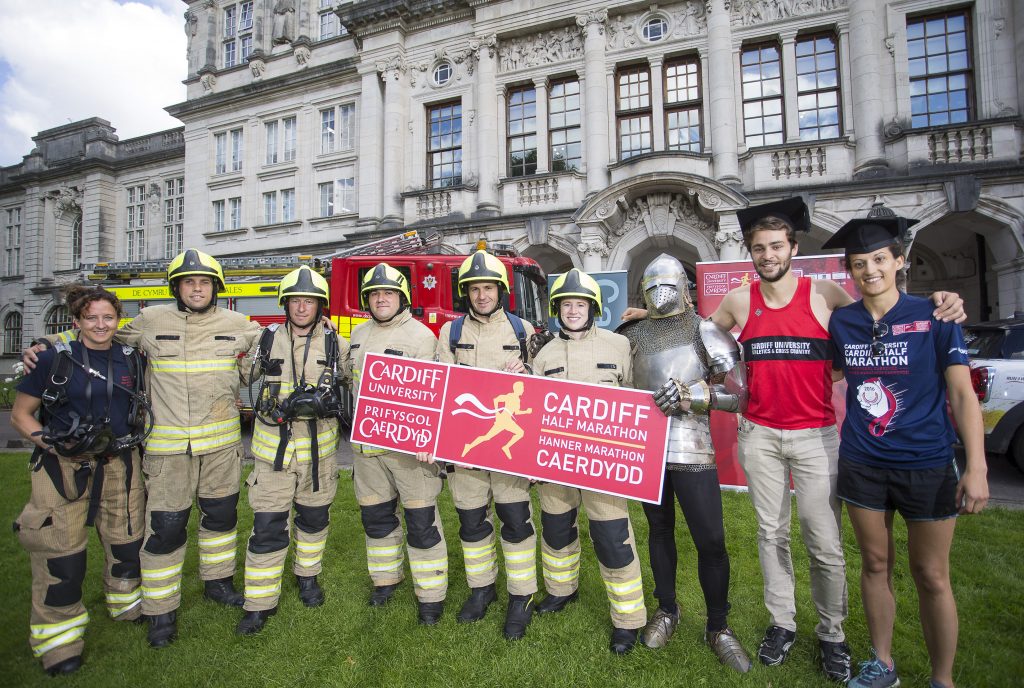 Cardiff University will have around 300 participants running under the #TeamCardiff banner to raise vital funds for research into cancer, neuroscience and mental health at this year’s race on Sunday 1st October.

Are you a record breaker?

If you’re signed up for the 2017 race and have ideas of breaking a record of your own, get in touch with the Run 4 Wales team for advice on health and safety, the times to beat and how to validate your attempt with Guinness. Email [email protected].