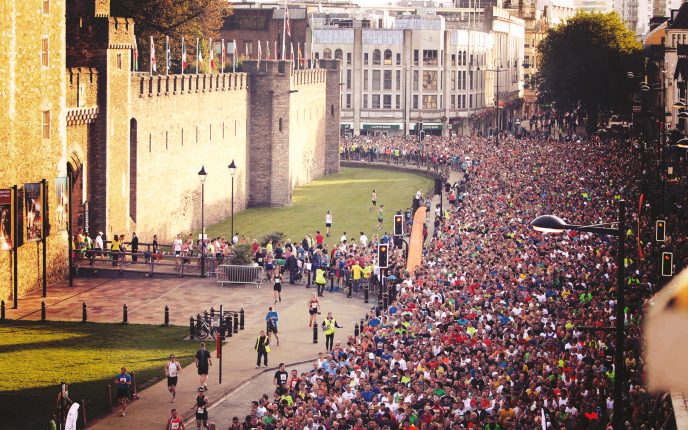 This year’s Lloyds Bank Cardiff Half Marathon will be televised live on BBC Wales for the first time in the event’s history – a significant milestone in the growth of the UK’s 2nd largest half marathon.

Matt Newman, Chief Executive of organisers Run 4 Wales, commented: “This is another exciting step in the development of the Lloyds Bank Cardiff Half Marathon and confirms our place as one of the UK’s premier road races.

“We are delighted to welcome BBC Wales television on board for what we are sure will be another spectacular event.

“Comprehensive live coverage will showcase the very best of what Cardiff and the surrounding areas have to offer thanks to the iconic route which takes in all of the capital’s major landmarks.

“Live TV will enhance the whole event experience for runners and spectators and thanks to the BBC’s innovative media coverage friends and family will have every opportunity to see someone they know on screen.”

In addition to the live coverage a Lloyds Bank Cardiff Half Marathon highlights programme will be aired in the evening.

Around 1,500 runners signed up for the inaugural event in 2003 while this year more than 20,000 are expected to register before entries close at midnight on Tuesday 1 September.

Allan Griffiths, Lloyds Bank Regional Ambassador for Wales said “The Lloyds Bank Cardiff Half Marathon is a key highlight in the athletics sporting calendar and regularly attracts over 20,000 runners.

“The BBC live TV coverage provides a fantastic opportunity to showcase this spectacular event and the city of Cardiff. We are very proud to be a part of it.”

Get your place in the Lloyds Bank Cardiff Half Marathon from just £25 by visiting www.cardiffhalfmarathon.co.uk/register/ and get involved in the conversation using the hashtag #RunTheDiff on Twitter.