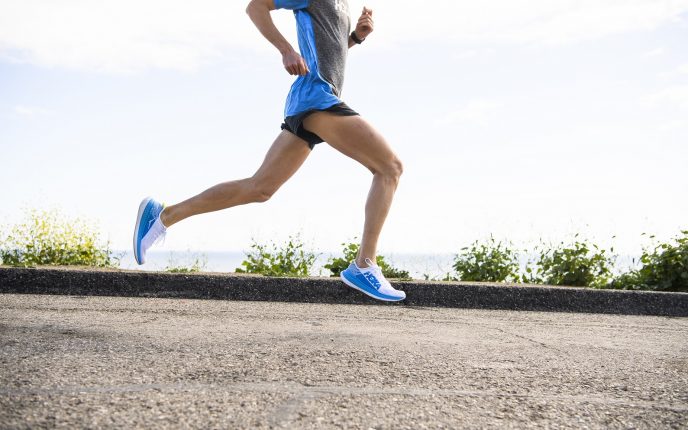 It will be time to fly for two lucky Cardiff University/Cardiff Half Marathon runners thanks to an exclusive giveaway from the event’s official partner, HOKA ONE ONE.

The innovative running shoe brand has joined forces with Wales’ largest mass-participation event for another two years, and to celebrate, HOKA are offering an exclusive race day experience to a pair of lucky runners amongst the 25,000 strong field.

The two competition winners will get a helping hand on their 13.1 mile journeys with a pair of HOKA ONE ONE trainers and access to a VIP Race day pass to make Sunday 6th October a day to remember.

Runners are being urged to keep an eye on the Cardiff Half’s social media channels if they want the chance win a pair of trainers designed to make runners feel like they’re flying, plus a VIP Hospitality Pass on the day, and exclusive goody bag.

The giveaway is open runners including those who are already signed up and the unlucky ones who missed out before the race sold-out. All competition entrants have to do is tell us how running makes them feel to be in with a chance of winning the HOKA ONE ONE Race Day Experience for themselves and a friend.

Antoine Berthoud, HOKA ONE ONE Sports Marketing Coordinator, said: “HOKA ONE ONE is delighted to be teaming up with the Cardiff University/Cardiff Half Marathon again as the running world gears up for what promises to be another unforgettable day in the Welsh capital.

“The event has had a huge impact on the nation’s appetite for running and HOKA trainers are already making a similar impression on the running community. HOKA shoes are known for their unrivalled cushioning and comfort, but a new element of speed has been added with our new, innovative Carbon X shoe.

“So, whether runners are battling to complete their own personal challenges in the mass-race, or fighting for the coveted Cardiff Half title, HOKA has the perfect shoe for them.”

HOKA ONE ONE footwear offers uncompromising cushioning and comfort to keep runners fresh across the flat, fast and iconic course through the Welsh capital.

Cardiff University/Cardiff Half Marathon Race Director Steve Brace said: “As a former marathon runner, I wish HOKA ONE ONE had been around when I was competing. The premium cushioning sets their shoes apart from anything else on the market, but now they are also being recognised by runners chasing fast times.

“Runners should keep an eye on our social media channels if they want a chance to get in on the HOKA ONE ONE revolution and a special VIP experience.”