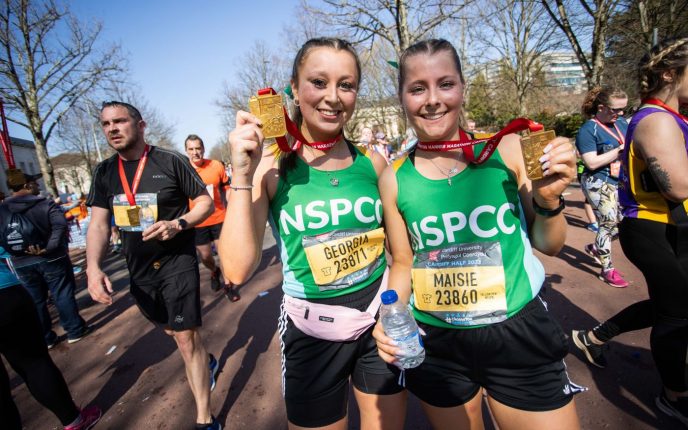 Great-grandfather To Run First Half Marathon In Aid Of NSPCC

A great-grandfather is preparing to run his first half-marathon after only recently taking up running.

Stuart Merriman, of Duffryn, Newport, is taking part in the Wizz AirCardiff Half Marathon to fundraise for the NSPCC.

Mr Merriman, who is 60 years old, took up running to help his mental health and wants to raise awareness of the NSPCC’s work in protecting children from abuse and neglect.

He said: “It goes to show you are never too old to start something new. I was 60 this year and now I feel fitter than I have ever felt.

“Unless something really drastic happens, I should be okay.”

Mr Merriman, who served in the Royal Air Force for 22 years, is running the 13.1-mile race on Sunday, October 2, in memory of his granddaughter, Jorgie May Evans, who was stillborn last year.

He is also training to take part in The Green Man Ultra next year – which is a 30 or 45-mile loop around Bristol – to fundraise for the stillbirth and neonatal charity, Sands.

“I wanted to give something back, and being a grandfather, great-grandfather, father, and uncle, I realise that children can be vulnerable,” said Mr Merriman.

“None of us know what is happening behind closed doors.

“I chose the NSPCC because of its important work to help protect children from abuse.

“We all have a chance in life to help out, and as I’ve got older it feels like now is my chance, because now I’ve got the time to do it.”

Mr Merriman has already raised more than £400 for the children’s charity, smashing his £300 target.

General entries for the Wizz Air Cardiff Half Marathon sold out last month, but runners can still take part by signing up to run for one of the race’s official charities, including lead charity partner, the NSPCC.

Emma Brennan, the NSPCC’s Support Fundraising Manager for Wales, said: “Stuart only recently started running, therefore his efforts show how rewarding it can be to find a new interest or hobby.

“We wish him and all those taking part in the half marathon this autumn the best of luck.

“All money raised by people running for the NSPCC will go towards our vital work in preventing abuse and helping those affected to recover.”