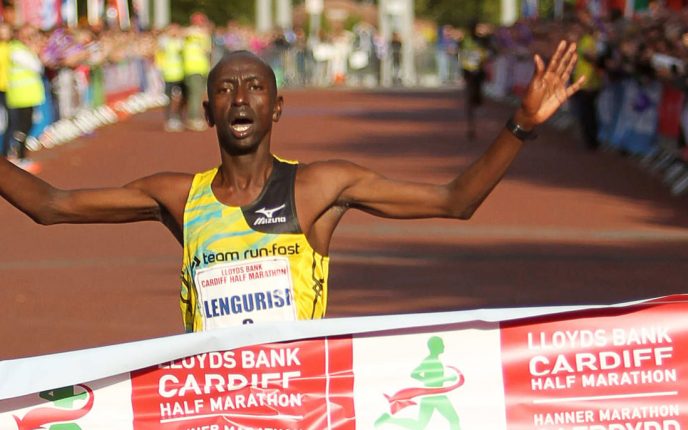 With British titles and places in the GB & NI team for next March’s IAAF/Cardiff University World Half Marathon Championships up for grabs for British athletes, this year’s Lloyds Bank Cardiff Half Marathon has attracted its best-ever field.

In the men’s race 2014 champion Boniface Kongin returns to defend his crown but he will face stiff competition from the man he took the title from, 2013 winner Loitarakwai Lengurisi, and an African contingent that includes Ethiopian duo Dejene Dezimu and Assefa Bekele and Uganda’s Ben Siwa.

An intriguing contest is set to take place for the British Half Marathon Championships with 2014 winner Ryan McLeod back to defend his title. Jonny Hay (64:09) has the quickest personal best of the British athletes, just ahead of Paul Martelletti and 2013 winner Nick Torry.

Luton’s Ian Kimpton and 2011 Edinburgh Marathon champion Phil Nicholls have both run sub-65 minutes in the past and could put themselves in contention.

Glasgow 2014 10,000m runner Dewi Griffiths is clear favourite to win the Welsh Half Marathon title he last won in 2013 and the Swansea Harrier will fancy his chances of mixing it with the top British athletes after another impressive summer of racing.

With no returning winners in the women’s race, Kenya’s Merci Jemutai-Tanui should take the title. Jemutai-Tanui is ranked 19th in the IAAF World Rankings for 2015 and with a personal best of 68:42 she could better Susan Partridge’s current course record of 71:10 set in 2012.

Two veterans should challenge at the front end of the women’s field for the British Half Marathon Championships title. Last year’s winner, 45-year-old Emma Stepto is back but the quickest personal best of the British athletes in the field belongs to former GB international and mother-of-three Michelle Ross-Cope.

Two debutants over the half marathon distance, Lauren Deadman and Jess Coulson, will also be in contention at the front end of the field. Deadman was 2015 Cardiff Bay 5 champion while Coulson was the 2012 European U23 cross country champion with a best of 52:53 for 10 miles.

2014 and 2013 Welsh Half Marathon champions Emma Wookey and Jessica Parry-Williams will renew their rivalry in Cardiff, as they go head-to-head for this year’s title.