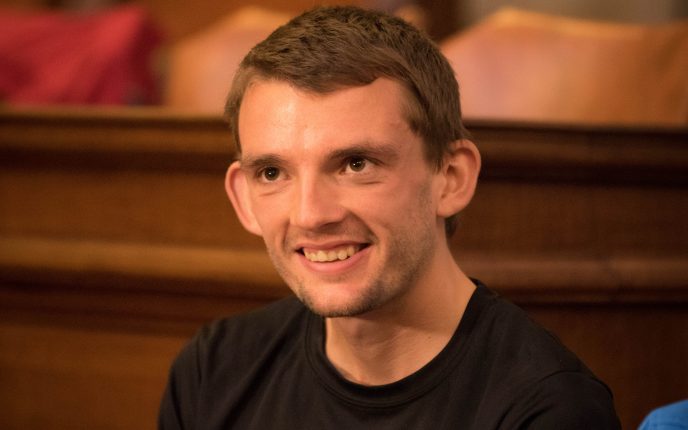 Dewi Griffiths aiming for PB performance at Cardiff Half

Dewi Griffiths aims to show the crowds in Cardiff just how much he has grown up this weekend since he first ran the Cardiff University/Cardiff Half Marathon in 2012.

The Swansea Harrier came home in eighth place that year, winning the Welsh title and taking his personal best down to 65 mins, 47 sec – a near three minute improvement on his Great North Run time in 35th a few weeks earlier.

Five years on, and now 26, he is a seasoned British international with one eye on the Commonwealth Games in Australia next year and another on the Tokyo Olympic Games in 2020. He seems to run faster and faster every time he steps on the track or road and can’t wait to return to the Welsh capital.

“I’ve run three PBs out of four in my autumn races and now I’m looking for another one this weekend. I am going well at the moment, it’s as simple as that,” said Griffiths.

“I’m just trying to run as hard as I can for as long as I can and that has brought me some good times recently. The big thing for me has been the continuity of good training over the past two years with no real set-backs.

“Some of the work I did in the spring for the summer is now finally coming through. I ran some big PBs over 3k and 5k at the end of the summer and I’ve carried that speed and endurance onto the roads.”

The target this weekend is to better the 62:53 time he clocked in finished seventh in the Great North Run last month. He was happy with his position, but thought he could have run better.

“I think I can run faster than I did in the Great North Run. Out of the four races I’ve run in the past four weeks, the Great North was my worst one even though I got more publicity out of it and finished seventh,” admitted Griffiths.

“The actual way I felt that day was the worst of my recent races. Hopefully, I can run even quicker this weekend.

“Seventh in Cardiff would be a great performance. I am 11th fastest on paper, but I know that two of the guys behind me are probably even quicker than me, so If I get in the top 10 I will have done well.

“I’ve got to the point now that I know that if my opponents aren’t on their game I am going to beat them. I can run competitively every week and that shows how strong I am these days – even I drop off the leading pack I’m still capable of running a quick time.”

That was shown last weekend when he finished second in the Swansea 10k in 28:28 – the fastest time ever recorded by a Welshman on the course. He was beaten by eight seconds by Kenyan Elias Kiptoo Kemboi, who will be on the start line in Cardiff on Sunday.

There are athletes from 10 different nations taking part, with two or three aiming to break the hour mark on what is acknowledged as one of the fastest courses around. It promises to be a real test for Griffiths and fellow Welshmen Josh Griffiths and Andrew Davies, who recently ran for Team GB in the marathon at the World Championships, but just the environment to carry them to even faster times.