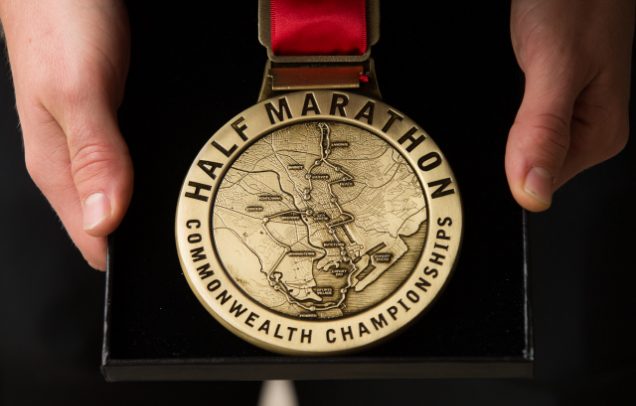 The curtain was raised on the inaugural Commonwealth Half Marathon Championships at the official welcome event, hosted by Cardiff University.

International athletes from 18 nations were in attendance, including last year’s Cardiff University/Cardiff Half Marathon Champion John Lotiang, who will be out to go even faster than his course record time of 60:43 in Kenyan colours this time around.

Run 4 Wales Chair Nigel Roberts said: “One of the athletes in this room will be taking home this medal to one corner of the Commonwealth. The course is flat and fast and we’re expecting a world record!

A total of 25,000 runners will follow in the footsteps of the elite Commonwealth runners as they make the 13.1 mile journey around the Welsh capital. But first came the Cardiff University Festival of running and the largest Family Fun Run in the country. Over 1,000 family runners got a taste of Wales’ largest mass-participation event before the competition ramped up with the 3K club races.

Cardiff University Vice Chancellor Prof Karen Holford said: “You can already feel the Commonwealth spirit between the athletes and the race is shaping up to be a classic. This year we have a tea of 350 runners made up of staff, students and alumni all running under the Team Cardiff banner to raise funds for clinical studies that can make a real difference in every day life.

“We have a special relationship with the Commonwealth, especially Kenya and Namibia, where we base our Phoenix project. The project helps train first responders, police and more in developing African nations.”

Coverage of the race begins live on BBC One Wales and iPlayer from 9.25am before the starting gun goes off at 10am. 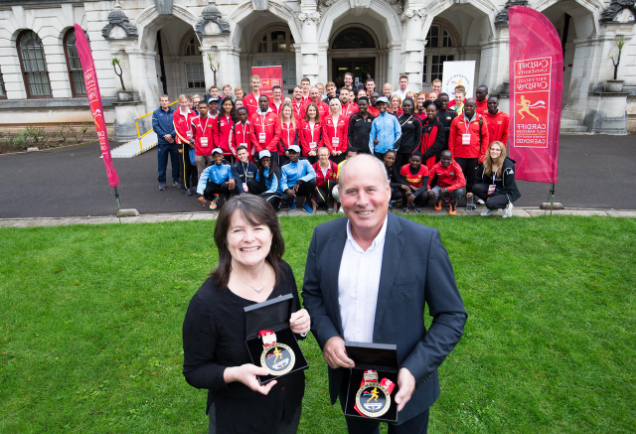