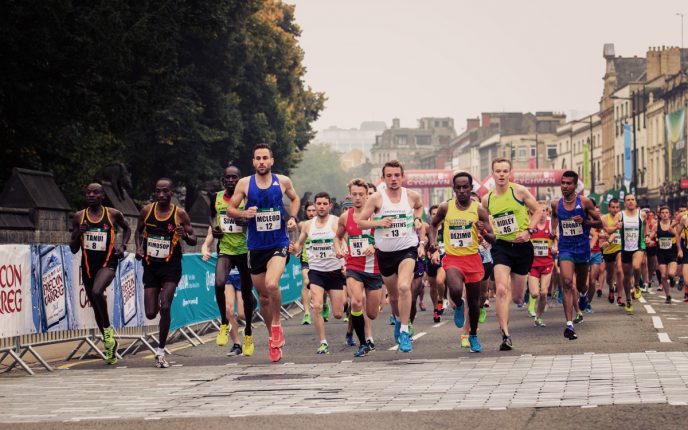 COURSE AND NEW START TIME REVEALED WITH 100 DAYS TO GO

It is now 100 days until the start of the Cardiff University/Cardiff Half Marathon, which leaves plenty of time to sign up and train for Wales’ largest mass participation event.

A world-class course has now been confirmed and it’s back to Lloyd George Avenue with an extra hour in bed for runners signed up to run this autumn’s race on Sunday 2nd October.

“After an 18 month wait for the restoration work taking place on the Windsor Road Bridge to be completed we are now able to revert back to the normal route via Lloyd George Avenue rather than use the Central Link road as we did last year and in March,” announced Steve Brace, Head of Event Delivery for race organisers Run 4 Wales. 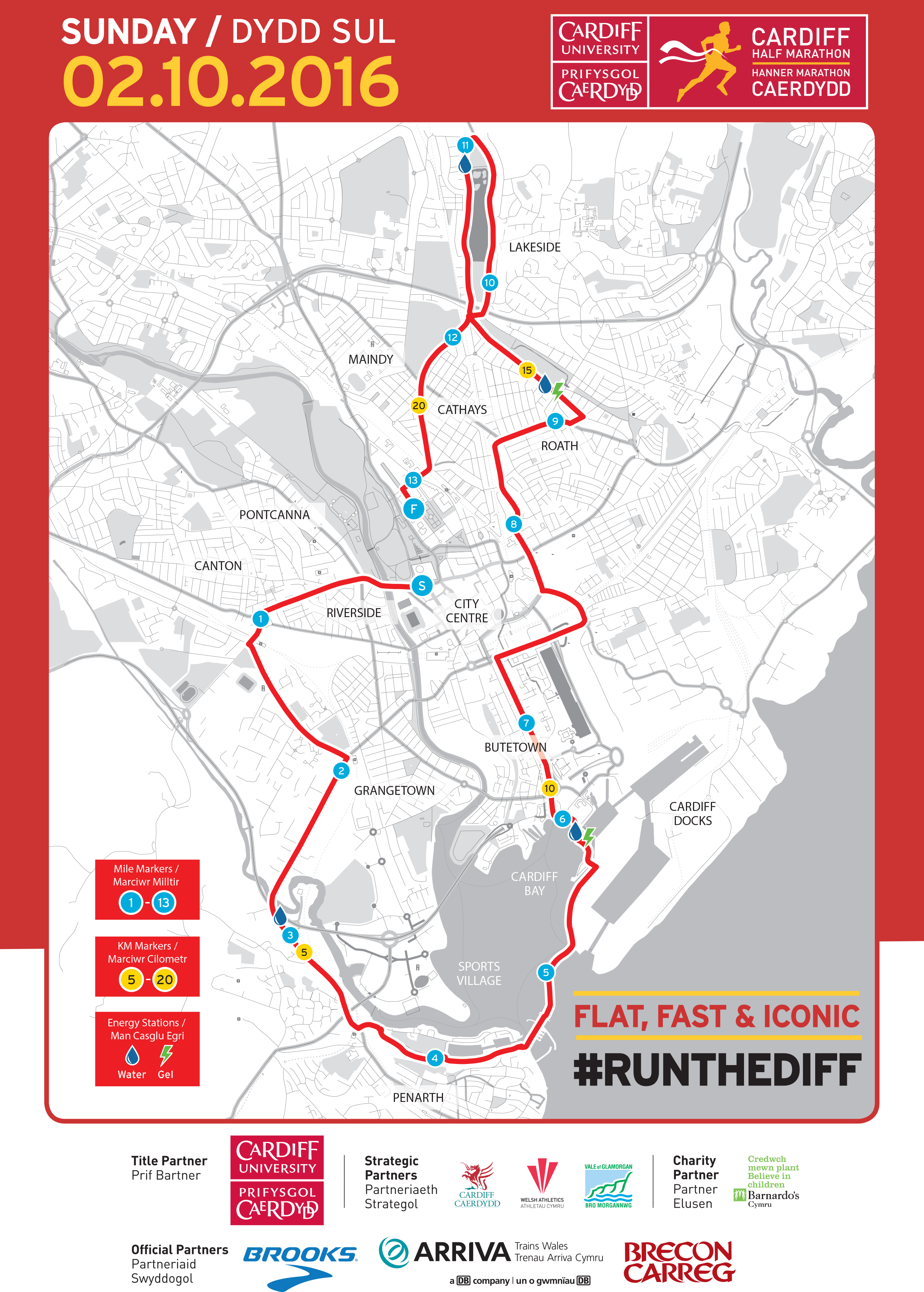 “This should make the course even faster than it was for the World Championships and it will be interesting to see if anyone can threaten the time set by Kenya’s Geoffrey Kamworor of 59:10 in winning gold on the streets of the Welsh capital some four months ago.

“What we saw in March is the true capability of this course, even in heavy rain. There were so many national records and personal bests set by the elite athletes at the front, as well as by the mass field a bit further back, that we believe the World Championships branded Cardiff as one of must run half-marathons in the world.

“Once again there will be some great competition at the front end of the field and with the way the entries are flowing in there could be a record number lining up in front of Cardiff Castle to take part.”

More than 12,000 runners of all ages, speeds, shapes and sizes have already entered with four months left to go until race day. In 2015 there were more than 22,000 entrants making the race the UK’s 2nd largest half marathon.

Further good news for everyone taking part on 2 October, whether as one of the thousands of volunteers or tens of thousands of runners and spectators, is that you can afford to have an extra lie-in in the morning with the race starting an hour later at 10.00am this year.

That should allow runners to travel from further afield, more fans to come out to support the runners on the course and increase the opportunity for people to watch the race live on BBC TV. After the success of screening both the 2015 and World Championship races live, the BBC will once again be out in force capturing all of the fun and drama at one of the biggest annual sporting events in Wales.

The race will once again start outside Cardiff Castle, where World Champion Kamworor had a dramatic slip at the start of his gold medal run in March before completing the first mile in 4:15, then passes the Principality and Cardiff City Stadium, winds through Penarth Marina, over the Cardiff Bay Barrage, past the Senedd and Wales Millennium Centre, around Roath Park Lake before a grandstand finish on King Edward VII Avenue in the Civic Centre.

“It is essentially the same course that has offered quick times for both elite and amateur runners down the years. As well as being fast, it is also one of the most scenic courses around and attracts massive public support,” added Brace.

“We were already one of the biggest road races in the UK and what the World Championships proved is that we have one of the best courses in the world. Add to that all the added value of entertainment around the course, the village atmosphere at the end and the wonderful Welsh fans and it is an experience not to be missed.”

Entry to this year’s event starts at just £25, which makes it the best value big city half marathon around. More information can be found at www.cardiffhalfmarathon.co.uk