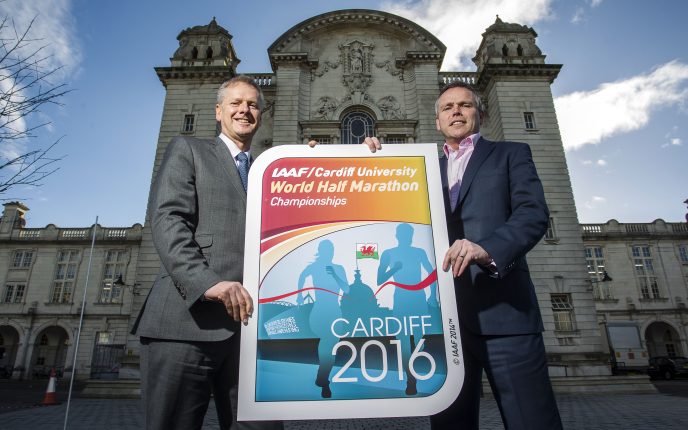 Cardiff University are ready to run!

Staff, students and alumni have been pulling on their exclusive Team Cardiff running shirts ahead of the IAAF/Cardiff University World Half Marathon Championships 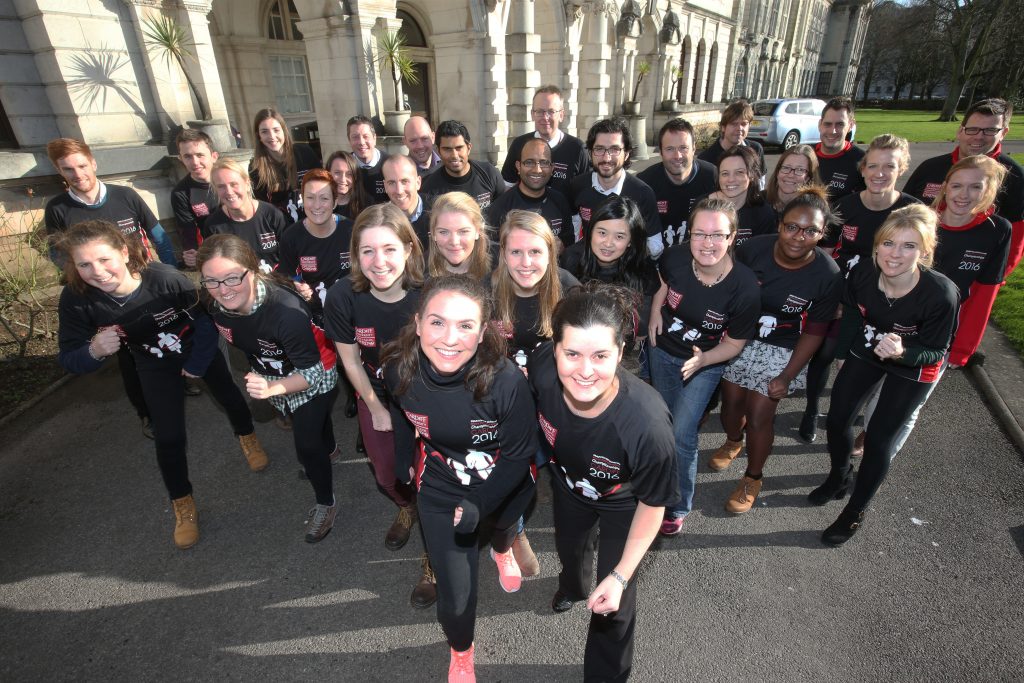 The University has a team of 200 runners taking part in the race on Saturday 26 March.

Team Cardiff runners have been treated to free University-branded t-shirt to wear on race day.

The University’s very own Dylan the Dragon has also been on hand to offer support.

More than 200 of the world’s best athletes from 50 countries, including Mo Farah will descend on Cardiff to battle it out for the prestigious World Half Marathon Championships title.

They will be joined by up to 20,000 mass race runners who will get the opportunity to ‘Run in the Footsteps of Champions’ by completing the same 13.1-mile route around Cardiff at the same time as the world’s best. 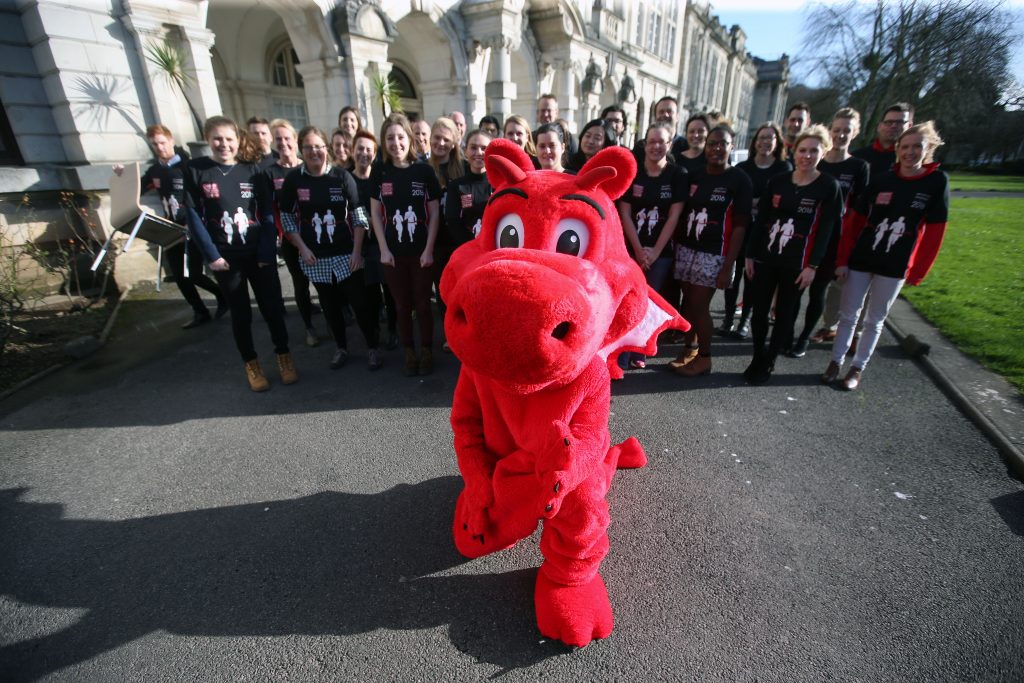