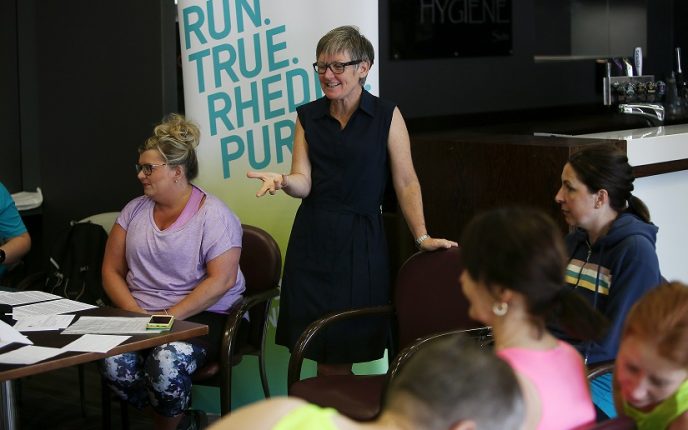 Whilst more women than ever are entering races like the Cardiff University Cardiff Half Marathon, less make it to the start line than their male counterparts. The growth in women’s running could be sustained by improving the ‘runnability’ of local areas.

Run 4 Wales (R4W), organisers of the Cardiff Half Marathon partnered with Cardiff University researchers to investigate why women run and the barriers around participation ahead of the 2019 event. The study found that running boosted women’s physical and mental health, reduced anxiety and improved well-being but pressures of work and family were impacting on their running time, supporting evidence that more women than men drop out ahead of races.

The 2019 race had a female majority of entrants, but just 69.2% of these women showed up on the day meaning more men ended up crossing the finish line. 51% mentioned work commitments influencing their ability to train, whilst others reported family commitments, injury, or illness.

Follow up research, through surveys and focus groups with women in local communities has confirmed this trend, finding that 42% of women who took part in the survey had previously registered for an event and not participated. It has also discovered that the ‘runnability’ of local areas has an impact on the sustainability of women’s running.

Dr Sara MacBride-Stewart, Reader in Sociology, School of Social Sciences / Sustainable Places Research Institute, Cardiff University said: ‘Having “runnable” streets for women has become increasingly important as our exercise has become more local. Research conducted with the 2019 Cardiff Half Marathon was designed in partnership with participants, residents and R4W to create routes that recognise the value of women’s running and recreational time, and to facilitate ongoing conversations for improving runnability of our streets. In this way the run from ‘my front door’ or ‘community hub’, is part of this research’s contribution to building sustainable running communities and a recognition of the right to runnable streets wherever we live’.

Runnability was assessed through a series of questions that asked about feelings of safety, possibility for harassment, maintenance of local streets/pavements, lighting, traffic and litter. 40% of participants felt safe running alone, but this reduced to just 6% whilst running in the dark and only 25% of participants rated their local area as ‘excellent’ for running.

Thinking of strategies to overcome the barriers created by poor ‘runnability’ as well as the factors that lead to these barriers being in place, could help get more women to the start line.

R4W Race Director, and Double Olympian Steve Brace, who worked with Dr MacBride-Stewart and Dr Charlotte Brookfield on the creation of routes, commented: “It was a pleasure to work with the team at Cardiff University on this project, and I hope the ‘runnable’ routes we have devised together will help more women sustain their running. Amongst other things, the research also found that additional daylight and targeted women’s events were amongst factors that helped increase female participation in running, so in response we’re gearing up to launch an all-new women’s event, starting on 28 March 2021 as Daylight Savings Time begins. We hope it can inspire a supportive movement off the back of these research findings and can act as a vehicle to explore in more detail some of the motivations or barriers to running for women.’

The new event, the HER VIRTUAL 5K will be supported by performance underwear brand and R4W partner Runderwear, starting as the evenings become lighter.

Those taking part will gain access to content and advice on some of the issues flagged in the research including the runnability of streets, feelings of safety, family and work commitments, injury, illness, and working with your body.

As passionate supporters of the female running community, Runderwear will be suppling 200 complimentary spaces for women in Wales to participate in the event. 100 will be distributed via a social media competition and 100 via a number of female running groups.

There will also be a product offer open to everyone taking part with a discount against Runderwear’s collection of women’s running bra’s, underwear, base layers and socks.

The event will launch on International Women’s Day (8 March). Keep an eye on R4W website, e-newlsetter and social media channels for more details.

Click below to download the Cardiff University ‘Women Run The Streets’ research report, or to subscribe to the R4W newsletter and be first to hear about the new women’s event:

View the first in a series of local running routes devised by researchers below: