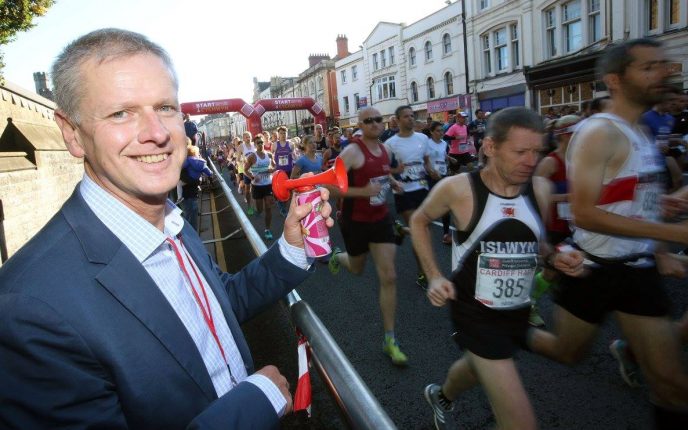 After backing two of the biggest sporting events staged in Cardiff this year, the Cardiff University Vice Chancellor, Colin Riordan, expressed his delight at the university’s continued involvement in the race.

“I think it’s a wonderful thing for Cardiff University to be involved in an event like this”, said Riordan.

“It’s really important for Cardiff and great to help promote mass participation in sport which is so important for public health. I’m really delighted that Cardiff University is part of it.”

He said: “It’s a splendid atmosphere here in beautiful weather. It’s great to see the spirit and enthusiasm and also to see so many supporters here as well.”

Riordan, who has been President and Vice Chancellor of Cardiff University since 2012, believes the university will continue its support of the event as it closes in on overtaking the Great North Run as the most popular half marathon in the United Kingdom.

“It’s an event we’ll look to support in the immediate future it’s a great thing to be doing”.