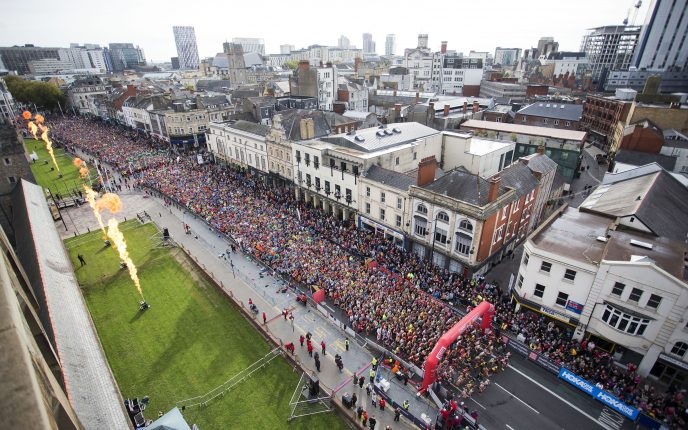 The Cardiff University/Cardiff Half Marathon has sold out in record time for the third year running, with the final few remaining general entries snapped up on Sunday 28th April as thousands watched in awe as record numbers completed the London Marathon and many look forward to the second edition of the ABP Newport Wales Marathon this weekend.

Welsh runners boasted solid performances in London, with Dewi Griffiths finishing 16th in 2:11:46, Josh Griffiths running a new lifetime best of 2:14:25. 2018 ABP Newport Wales Marathon Champion Natasha Cockram was the first Welsh finisher in the women’s race in 2:40:31 and 2018 Cardiff University/Cardiff Half Marathon Champion Jack Rayner of Australia made his marathon debut in 2:11:06.

As marathon fever took hold this weekend, general entries for the 2019 Cardiff University/Cardiff Half Marathon sold but inspired runners looking for their own challenge this year can still get involved by singing up to one for one of the race’s official charity partners, including Lead Charity Partner the NSPCC and Associate Charity Partners Mind, Shelter Cymru and Alzheimer’s Society. All details and a full list of official charities can be found here.

Run 4 Wales Chief Executive Matt Newman, said: “We’re delighted to see that the popularity of the Cardiff University/Cardiff Half Marathon continues to grow year on year. It goes to show how much people from across the UK and beyond want to experience Wales’ largest mass participation event and our fantastic capital city”.

The event returns for 2019 on Sunday 6th October and will once again offer a flat, fast 13.1 tour of Wales’ capital. The route of the popular race, which has grown to be one of the UK’s biggest and best running events remains unchanged.