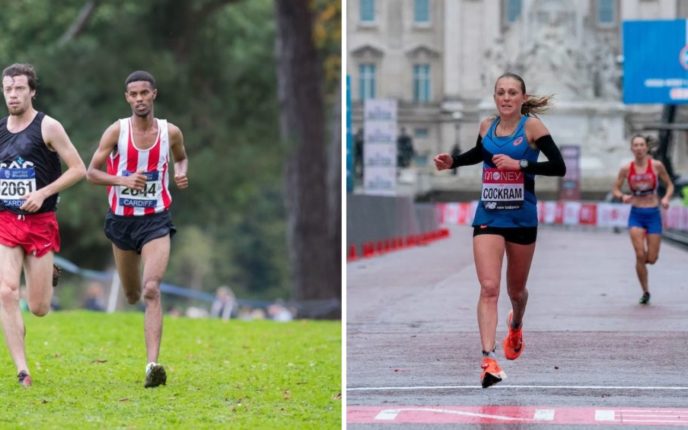 Mahamed Mahamed, Derek Hawkins and Natasha Cockram will head the start lists for the 18th edition of the Cardiff University Cardiff Half Marathon this Sunday, 27th  March.

The race will return for the first time since October 2019, for the first of two editions in 2022. The March race will host a mainly British entry but with almost certainly the strongest domestic field that the race has amassed to date. It will also host the Welsh Championships for the distance in 2022.

Brothers Mahamed and Zakariya Mahamed will both make their debuts over the Half Marathon distance but both have proven pedigree on the roads and on the Country. Older brother Mahamed is the current English National Cross Country Champion and younger sibling Zakariya won the Northern Ireland International Cross Country, back in January.

The fastest athlete on paper is Derek Hawkins with a best time of 63:53. He is the older brother of 2019 World Championship fourth placer for Marathon, Callum. He is also an established Marathon runner, finishing ninth at his home Commonwealth Games in Scotland back in 2014.

A further six athletes have run under the 65 minute barrier in the past including Scottish Cross Country Champion Jamie Crowe and Lucian Allison who ran 28:38 for 10km at Trafford recently.

The winner of the Trafford 10k on that occasion was Kadar Omar and Omar will also be in action in Cardiff, highly likely to better his previous best of 66:06.

The race will feature an International Match between Scotland and Wales and it is the Scottish team’s inclusion that will add great depth to the field, with a team of strong performers led by Hawkins. Welsh Cross Country Champion James Hunt will lead the Welsh Team in the men’s race.

Natasha Cockram is the Welsh Record Holder for the Marathon and has a best mark for the half distance of 72:46. She is also the 2020 British Champion for the Marathon. Wales’ Bronwen Owen is another exciting debutant and is a multiple Great Britain & Northern Ireland International.

Alex Eykelbosch won the Speedway 10k in January in a time of 33:31 and will be joined in Cardiff by Wales’ Olivia Tsim who recently made her International debut and who also ran under 34 minutes at Chepstow.

The Wheelchair race will host its largest field to date including several previous winners, Tiaan Bosch, Sam Kolek, Richie Powell and Mel Nicholls. Bret Crossley is the fastest in the field this time, with a 48:12 P.B. Nicholls is the fastest of the women, with a best of 53:39.