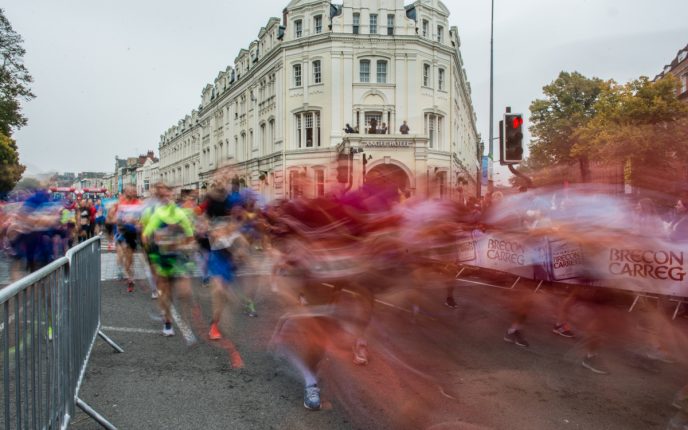 Cardiff to play host to two Half Marathons in 2016

The IAAF/Cardiff University World Half Marathon Championships 2016 is a unique, one-off event, separate to the Cardiff Half Marathon.

The world’s best runners will be descending on Cardiff’s streets next March for what is sure to be a hotly contested IAAF elite race that will offer plenty of excitement and entertainment for spectators and runners alike.

Also open to mass participants, the event is the perfect opportunity for runners of all ages and abilities to run in the footsteps of champions in a World Championship race – and rub shoulders with the likes of Mo Farah!

The last time the IAAF World Half Marathon Championships came to the UK was in 2009 when Birmingham hosted the elite competition. 2016’s event will be the first time in which the UK has also hosted a mass participant event alongside the elite event.

With a limited capacity of 25,000 spaces up for grabs in the mass race, demand is high for the chance to run a world-class championship course alongside world-renowned runners.

2014’s event in Copenhagen, Denmark, saw Kenya’s Geoffrey Kamworor ease home to win in an astonishing time of 59:08; the world’s fastest time in 2014. In the women’s field, Gladys Cherono led Kenya to a team title with a season’s best of 1:07:29.

The flat, fast and iconic Cardiff course is PB-ready and rich with potential for fast times from mass participants and an elite field.

To register for the IAAF/Cardiff University World Half Marathon Championships 2016, or for more information about the event – visit the Cardiff 2016 website by clicking here.