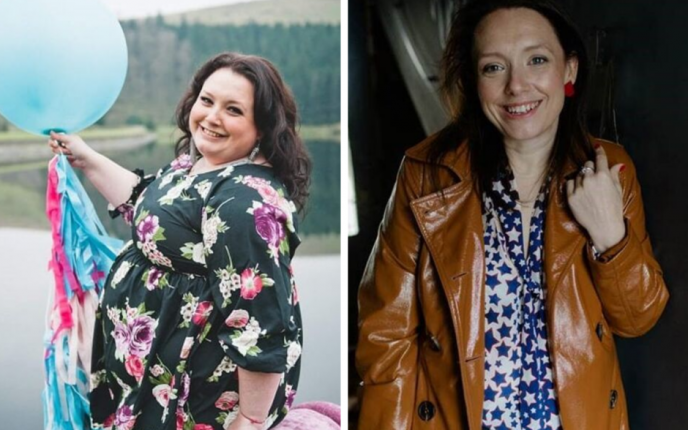 Helen James shed 12 stone in 18 months during an incredible weight loss journey and is now on the road to the Cardiff University/Cardiff Half Marathon.

The Caerphilly runner had battled with her weight for as long as she could remember, but she took the brave step to undergo hypnotherapy in 2016 to finally address her body confidence issues. Helen was already battling with her low self-esteem before being the subject of cruel fat-shaming.

Depressed and overweight, Helen decided to put her future health and wellbeing in the hands of a hypnotherapist, and the bold move paid off. There was no stopping Helen and her new relentless focus. Less than two years after walking through the hypnotherapist’s door, she had gone from 21 stone to 11, and next month she is setting off on another challenge of a lifetime at the Cardiff Half.

“In November 2016 Christmas was fast approaching but all I could really think about was how I wanted things to change before the end of the year arrived,” Helen said. “I had been seeing a counsellor for a little while who had already helped me massively and he had told me about Psychologies magazine as I am naturally curious and love learning. I had just bought the latest issue and it had a great feature all about weight loss mindset and how hypnotherapy could help with this.

“It made perfect sense that before I should set foot in a gym, which scared me senseless at the time, or attempt another meal plan I should really consider my mind-body connection.

“I went online and did my research and within a week I had booked my first appointment with a Cardiff based Hypnotherapist. Really, at this point I need to say thank you to Ian and Karen for having faith in me and my own abilities when I had little in myself. They both helped me to see that one small step could and has changed everything.”

The impact of Helen’s hypnotherapy inspired her to help others suffering similar problems to her own. She will qualify as a hypnotherapist within a week of completing the iconic 13.1 miles of the Cardiff University/Cardiff Half Marathon.

“Despite lingering misconceptions hypnotherapy about being put under hypnosis can be linked more to mindfulness and it involves getting in to a very relaxed, focused state .

“Solution Focused Hypnotherapy is very much backed up by neuroscience and a it’s use is becoming increasingly popular within sports as well as other fields.”

Running has played an integral role in Helen’s transformation. After joining Caerphilly Runners, she honed in on her biggest challenge yet. On October 27th she will join 27,500 runners for the biggest and best Cardiff University/Cardiff Half Marathon.

“Earlier this year, I joined Caerphilly Runners and running has certainly become a much bigger role in my journey since,” she said.  “Every one at the club is supportive and welcoming regardless of ability and there is such a great sense of community and camaraderie on the club runs. I ended up training with a great PT called Alex, and met a great group of women who became brilliant friends. They’ve helped me push towards my half marathon goal.

“It’s iconic and takes in all of the great capital city landmarks of course but back in 2015 one of my oldest and dearest friends ran it.

“I remember being in awe of her back then, the smile as she crossed the line… the buzz she told me she got from the supporters and how having run many a marathon and half marathon across Europe she had never known support quite like it. It was something that promptly got added to my bucket list, I was determined one day it would be me crossing that finish line.

“The last year one of my gym friends took on the challenge and told me she loved it so much she would be doing it again this year and I thought it was the perfect time for a new challenge.”

This year the race is celebrating the rise of female running though its #WhyWeRun campaign. And Helen is hoping her story can inspire others to lace up their trainers and get on the road to a healthier future.

“I truly understand the importance of us ladies supporting each other, but, I actually hope my story can inspire all people.

“In particular, it may be that you have a goal you want to achieve but it feels bit like staring down the barrel of a loaded gun. You feel frozen and don’t know where to begin, the best piece of advise I was given and now work on with my clients is keep things simple and look at what is the first step towards your goal. It doesn’t matter how small that first step is, commit to it and see where it leads you.  “I am not extraordinary, anyone can achieve anything they set their mind to and I hope it is that thought that empowers and inspires people.”