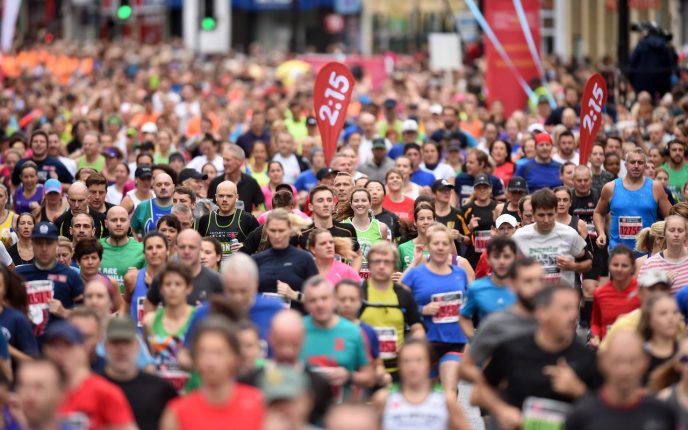 Cardiff Half Marathon SOLD OUT in record time

The Cardiff University/Cardiff Half Marathon has sold out in record time as running fever takes hold in Wales.

Entries flew out after thousands of runners created history at the inaugural ABP Newport Wales Marathon and 10K on Sunday. Both the male and female winners of the 26.2 mile race smashed their personal bests, before the Cardiff University/Cardiff Half Marathon sold out hours later.

Around 25,000 participants filled up the spaces for the race, which will be celebrating its 15th anniversary on Sunday 7 October. Demand for the entries continues to grow year on year as entries reached their limit three months quicker than in 2017.

Run 4 Wales Chief Executive Matt Newman said: “We’ve been blown away by just how quickly entries have sold out for the 2018 Cardiff University/Cardiff Half Marathon. A new era for distance running in Wales began at the first ABP Newport Wales Marathon last weekend and demand to be a part of Wales’ largest mass-participation event is proving as popular as ever.

“The 2017 race was all about breaking records, but this year’s event has already broken new ground as more people than ever rushed to secure their place on the start line outside Cardiff Castle.

“A total of 5,000 places were sold on the day after last year’s race and the pace has hardly slowed up. The success of the ABP Newport Wales Marathon & 10K was a catalyst  for the final thousand entries to sell out as we look forward to October’s event. The 15th anniversary edition will play host to the inaugural Commonwealth Half Marathon Championships as we celebrate Wales’ success on the Gold Coast by welcoming a world-class field to the iconic streets of the capital.”

Those who missed out on general entry to the race can still get involved by signing up to run for one of the Cardiff University/Cardiff Half Marathon’s official charity partners, including Lead Charity Partner NSPCC. All the details and a full list can be found here.

Athletes from across the globe will pound the streets of the Welsh capital for the first Commonwealth Half Marathon Championships. A total of 25,000 competitors will run in the footsteps of champions as the elite participants battle it out for the title on the flat, fast 13.1 mile route.

There are plenty of reasons to celebrate at this year’s 15th anniversary edition of the Cardiff Half Marathon. The event has grown from accommodating just under 1,500 runners in 2003 to last year’s total of 27,500 runners across a festival weekend of running. The success of the Cardiff University/Cardiff Half Marathon has helped it become the first half marathon in the UK to be awarded the coveted Silver Road Race Label by the IAAF.