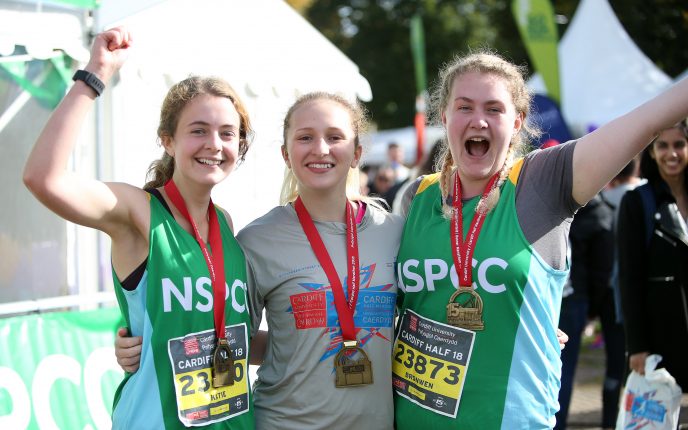 Charity fundraisers smashed the £3million barrier at the 2018 Cardiff University/Cardiff Half Marathon.

Wales’ largest mass-participation event welcomed almost 20,000 runners and 60,000 spectators to the capital city on Sunday 7 October. More runners took on the flat, fast and iconic course in aid of good causes than ever before. A record 33 percent of the 25,000 entrants raised money for a charity and raised an average of £412 each via JustGiving pages.

The previous fundraising record stood at £2.5million, but that figure was blown out of the water by more than 8,000 entrants who dedicated their 13.1 mile challenge to charity.

“Once again the event exceeded expectations, from the inaugural Commonwealth Half Marathon Championships to the millions raised for charity and the amazing figures which show the increase of women taking part.

“The Welsh running revolution is in full flight and the 2019 Cardiff Half looks set to sell-out in record time, so we’re urging people not to waste time if they want to join 25,000 runners on Sunday 6 October next year.”

Entries for the 2019 edition are on track to sell-out faster than ever before with nearly 50 percent of spaces already sold. Almost half of the 2018 runners took on the Cardiff Half for the first time, so regulars are being urged to sign-up as soon as possible to avoid disappointment.

To book a place at the 16th instalment of Wales’ largest mass-participation event, runners can head over to www.cardiffhalfmarathon.co.uk/register/.