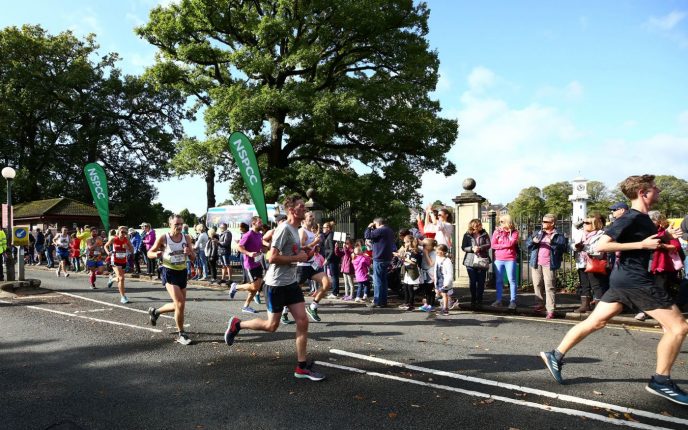 Time is running out for participants to secure their place at the 2020 Cardiff University Cardiff Half Marathon, with 70 percent of general entries already sold.

Wales’s largest mass-participation event returns on Sunday 4th October next year after more than 20,000 runners made the 2019 edition the biggest and best in the event’s 16 year history. Running fever sparked a surge in entries as more than 5,000 places were snapped up in the first 24 hours.

And the 20,000 barrier looks set to be smashed in the coming days as the record breaking rate of entries continues. A new wave of participants will take part in the Welsh capital next year with the launch of the inaugural SuperHalfs international running series.

SuperHalfs runners of all abilities will set off on a personal running adventure across Europe in 2020 at five world class events. Lisbon, Prague, Copenhagen, Cardiff and Valencia male up the innovative new series that invites participants to complete a journey across the continent over a three year period to collect exclusive rewards.

Entries for 2019 sold-out six months before the event, but with this new influx of runners, spaces are expected to sell out in record time.

Run 4 Wales Chief Executive Matt Newman said: “The Cardiff University Cardiff Half Marathon has established itself as one of the biggest annual events in Wales. Last year’s race broke new ground as the sun shone down on more than 20,000 runners.

“Participation and course records were smashed, but the 2020 event is already well on its way to setting a new benchmark. With over 70 percent of spaces already filled, we’re urging runners to get a sprint on if they want to be a part of another unforgettable day of distance running on Sunday 4th October, 2020.”

Runners can sign-up at www.cardiffhalfmarathon.co.uk/take-part/register/ or go for a Welsh distance double by signing up to the Cardiff Half and ABP Newport Wales Marathon to save £15 by clicking HERE.

More money was raised for charity at this year’s event than at any previous Cardiff Half. If runners wish to make their Cardiff Half efforts count towards good causes, they can sign up to run for Lead Charity Partner NSPCC or one of the event’s other charity partners here: www.cardiffhalfmarathon.co.uk/charity/running-for-charity-list-of-associated-charities/.