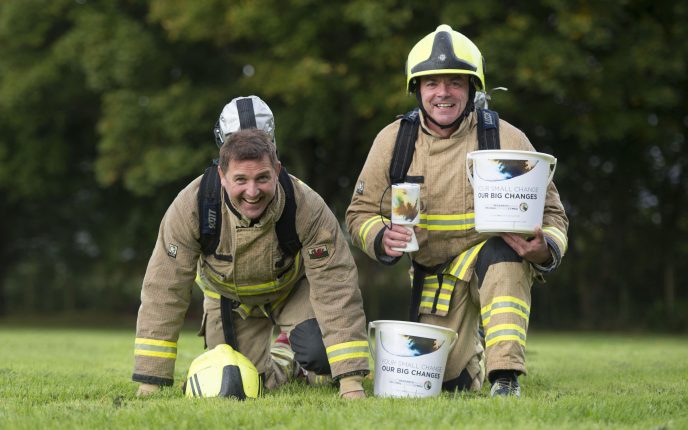 The heat is on for two brave Cardiff firefighters, who have taken on an incredible challenge to help beat cancer in Wales.

Tony Grimley and Mark Bean are in the final stages of training for this year’s Lloyds Bank Cardiff Half Marathon – which they plan to run in their full regulation protective kit and wearing breathing apparatus weighing more than 20 kilos each.

The two men, who are both based at Whitchurch Fire Station, were inspired to take on the challenge as a way of supporting Welsh cancer charities and hope to raise hundreds of pounds in recognition of their efforts on Sunday 4th October, when they will join thousands of other runners taking part in the 13 mile course around the capital.

Tony, (46) who lives in Morganstown and is married with two children is raising money for Cancer Research Wales in memory of his dad David, who he lost to cancer in May this year.

Mark (42) from Pentyrch will be raising money for Velindre Hospital in Whitchurch, where Cancer Research Wales has its headquarters.

Speaking about preparation for the challenge, Tony, who has been a firefighter for 10 years and was previously based in Cefn Fforest in Blackwood, said: “We’re hoping to complete the half marathon in around 3 hours, although we don’t know what will happen on the day. We have been training with the breathing apparatus on and we have had a few funny looks while out and about on the Taff Trail  – it’s not something people see every day! A few people have asked us what we’re doing and we’ve stopped to explain.

“Fitness is part and parcel of our job, but neither of us have ever done anything like this before. We’re planning to stay together on the day and keep going at the pace we set between us. I’m sure there will be a great atmosphere in the city and hopefully we’ll get a boost from the crowd.

“All the boys at the station have been really supportive and are sponsoring us so we’re hoping to raise a decent amount of money for both charities. For me personally, cancer research is a really important cause and my dad would have wholeheartedly supported me in this fundraising challenge.”

Laura Priddle, Fundraising Manager at Cancer Research Wales said: “We are all in awe of Tony and Mark’s amazing challenge. The endurance and commitment needed to run a half marathon is huge in itself, but to add on the bulk and weight of 20 kilos of fire equipment is really heroic. We wish them all the very best and looking forward to hosting all our marathon runners for a special evening of celebration after the event to say thank you.

“All the money raised for Cancer Research Wales will help to fund groundbreaking research by scientists based right here in Wales so Tony and Mark can be really proud of the difference they are making to cancer patients and their families.” 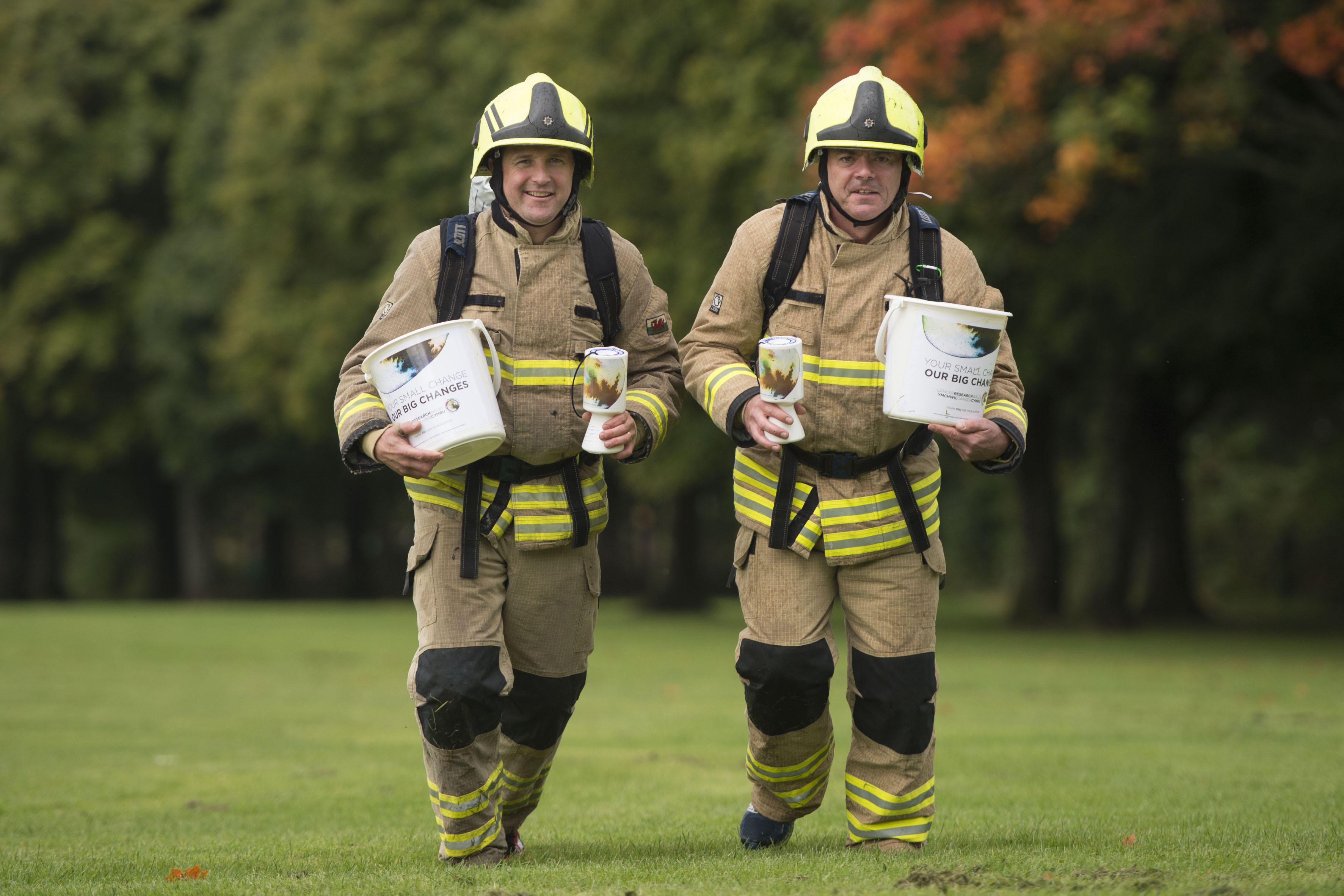