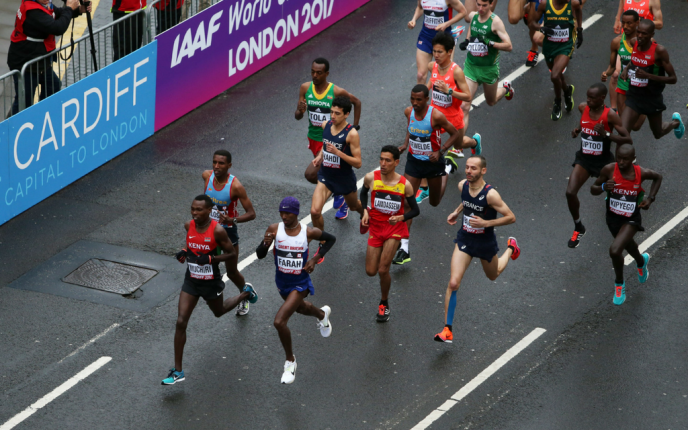 CARDIFF 2016 PROVES TO BE THE PERFECT STEP TO RIO

Team GB star Mo Farah will be one of 33 athletes who featured at the IAAF/Cardiff University World Half Marathon Championships in Cardiff going for gold at the Olympic Games.

Farah will be aiming to complete an unprecedented ‘double-double’ with gold in both the 5,000m and 10,000m for the second consecutive Games.

He courageously fought his way to a bronze medal in Cardiff in March as part of his Olympic preparations, with Kenya’s Geoffrey Kamworor taking the title with a stunning performance.

Bedan Muchiri, who pipped Farah to the silver medal in Cardiff, will represent Kenya in the 10,000m along with Ethiopia’s Tamirat Tola (5th in Cardiff) and South Africa’s Stephen Mokoka (10th).

Thirteen men, including Team GB’s Callum Hawkins and reigning Commonwealth Games champion Mike Shelley, who raced over the iconic 13.1-mile course in Cardiff will step-up to the full marathon in Rio.

It’s a number that’s reflected in the women’s race, where 13 athletes who competed at the IAAF/Cardiff University World Half Marathon Championships will take on the full 26.2 mile course at the Olympic Games.

Peru’s Gladys Tejeda is the highest-placed athlete from Cardiff to be racing in the marathon having finished ninth at the World Half.