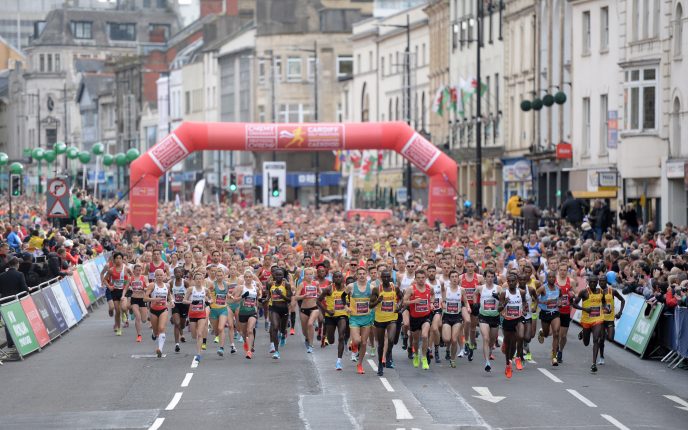 There was an Aussie take-over in Cardiff as they walked away with a gold and three silver medals at the inaugural Commonwealth Half Marathon Championships in Cardiff.

Jack Rayner took pride of place as he beat off the Ugandans and Kenyans in the race of his life to take the men’s title in a massive personal best time of 61 min, 01 sec. That gave him a seven second cushion over Fred Musobo, with a second Ugandan in third a further nine seconds back.

In the women’s race, Uganda’s Juliet Chekwel took the title in 69:45 with Australia’s Celia Sullohern coming home in the silver medal position in six minute PB time of 71:04. Uganda won the team event and Australia second.

“I knew it would be tough after looking at the start list because a lot of them had run 62, 61 and even 60 minutes. I knew I was in at the deep end and I’d have to do something special to win,” admitted Rayner.

“I felt I could run a lot faster than my PB and I did that. It is just amazing and it makes the win even better than this is the first time they’ve held the Commonwealth Championships.”

There were 17 nations taking part in the event and 19,057 runners started what is the second biggest half-marathon in UK. The race featured the Commonwealth Championships to celebrate the 60th anniversary of the Welsh capital hosting the Empire & Commonwealth Games.

Back in 1958, the great Australian distance runner Dave Power won both the 10,000 metres and the marathon and Rayner’s victory paid homage to the great man.

“How about that. Dave was a great runner and it means so much to me to win this title, added the 22-year-old Rayner, who’s previous best was 63:12 in the Gold Coast half-marathon in July.

“I’ve been unbeaten on the roads in Australia this year and, as this was my only race overseas this year, I wanted to keep that streak going. I went through 10K in around 28:40 and stayed on the leading pack as long as I could.”

Kenyan star John Lotiang, who had won the Cardiff University / Cardiff Half Marathon in 2017 in 60:43 and had a PB of 60:16, was the pre-race favourite and he did his best to try to break up the race with some spurts.

The Ugandans worked as a team and refused to let him go, while Rayner just stuck to the Africans and waited for a sprint finish.

“Lotiang kept putting in little surges to try to break us, but the Ugandans worked as a pack to make sure he didn’t get away. I just did everything I could to stick on the back of that pack and use as least energy as possible,” said Rayner.

“I knew I had a big kick in me and I’ve always loved running downhill, so I knew I’d have an advantage in the closing stages. I loved the course and it is very fast.

“I’d only ever done three half marathons before, but nothing as super-fast as this one. The crowds were amazing all around and this is 100% the biggest win of my career.

“It was the best field I’ve ever raced in. I faced a few of them in the World Cross Country championships last year and they smashed me.”

“I had loads of good support all around the course, it was an amazing day and really enjoyable,” said Clowes, who runs for Cardiff AAC and lives in the Welsh capital.

“It was a big PB for me and I’m really happy with that. I took more than a minute off my previous best of 64:39, which was on a tough course in Spain running for England at the start of the year.”

England pipped Wales to the bronze medal in the team event, with Griffiths ruing the fact he wasn’t in the same shape in which he turned up for the 2017 race.

“I’m pretty happy with my time given the circumstances of my year. I just wish I had been in the same shape as last year because I could really have been up there,” said Griffiths.

“I realised in the first kilometre that I had to commit to the pace, although I wasn’t planning on going through the first 5K so fast. I didn’t expect Jack to win, but I knew it was going to be an open race.

“My fitness isn’t quite there, although I’m not a million miles away from where I need to be. I’m looking at a spring marathon, potentially London, which is the qualifying race for the World Championships and the 2020 Tokyo Olympics.”

Looking down the list of competitors the night before the race the 28-year-old Juliet Chekwel admitted she was unsure if she could win the title. But she dominated the race from the 1K mark to win by a massive 79 seconds.

“I counted the Africans in the hotel the night before and I didn’t know if I could win. I said to myself that if I did I would be the lucky one and the best,” said Chekwel.

“It was a great surprise. I broke off after 1k and there were a couple of men running around me who helped me. I ran 71 minutes last month and now I have run 69 and it is my first time to win a big race like this, it is the biggest title of my life.”

Leading the way for the Home Nations was England’s Tracy Barlow, who finished fifth in with an 18 second PB in 72:17. Scotland’s double Olympian Steph Twell, who had postponed her honeymoon to run for her country, came home in seventh in 72:32. England’s women took the bronze medal. 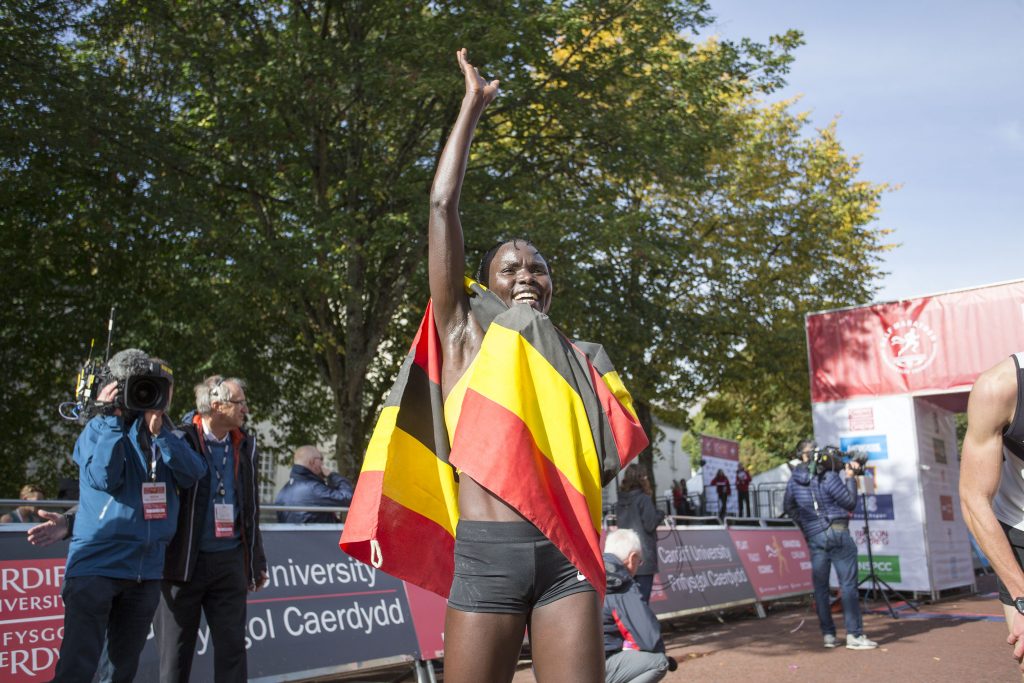 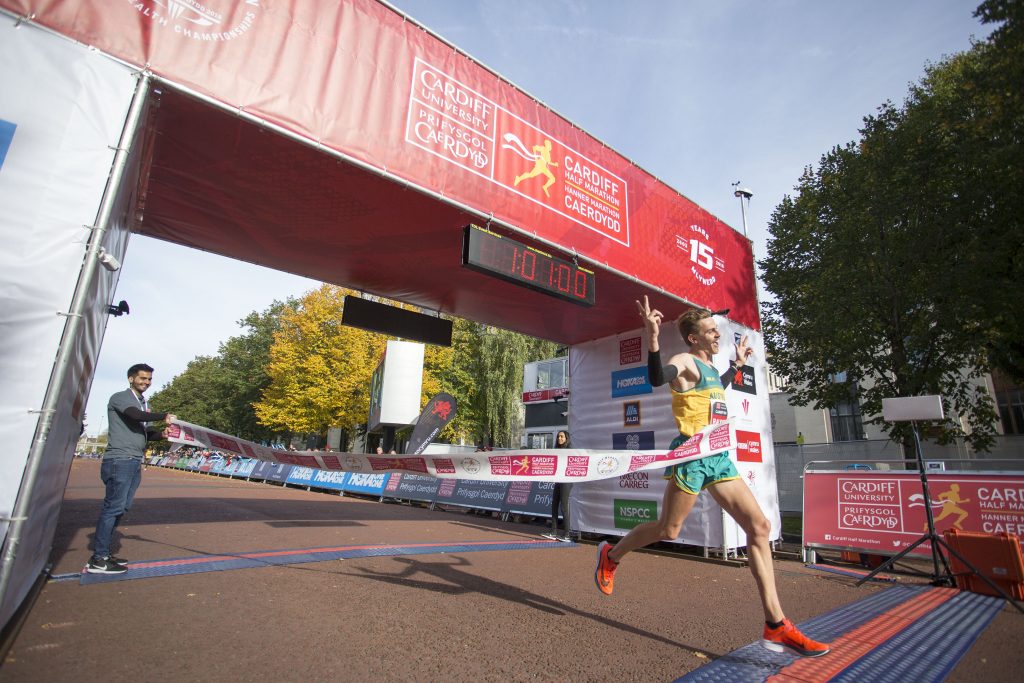 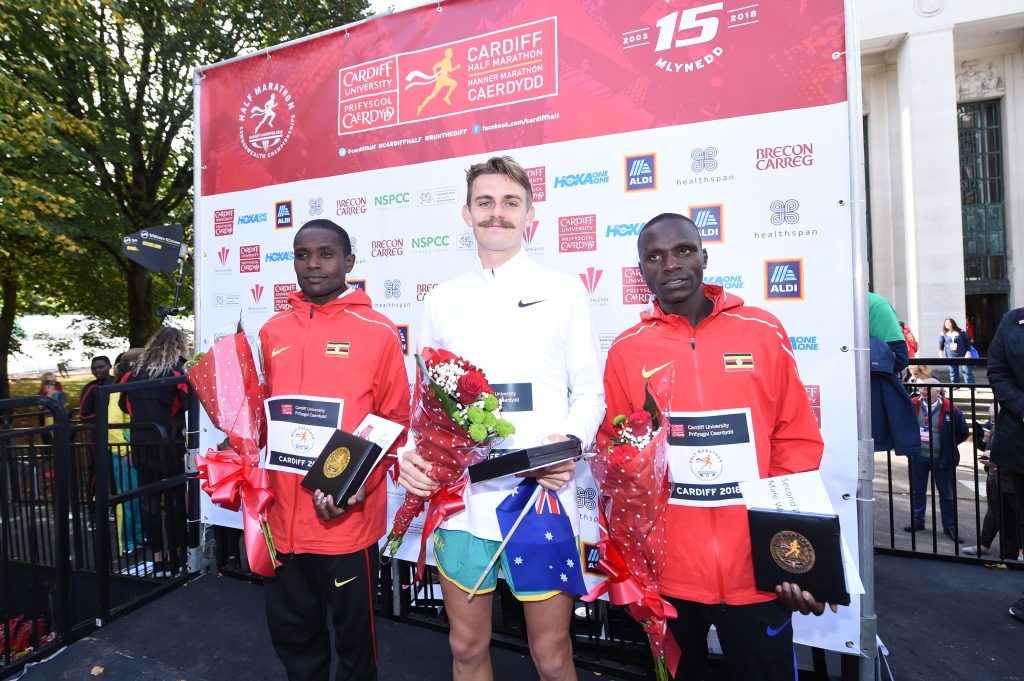 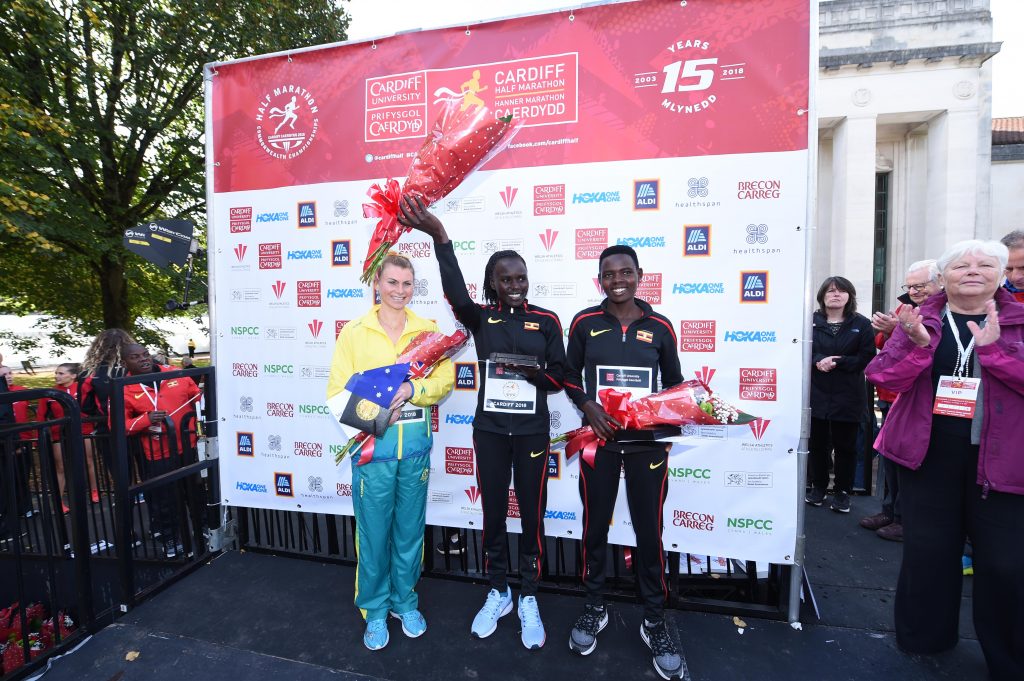