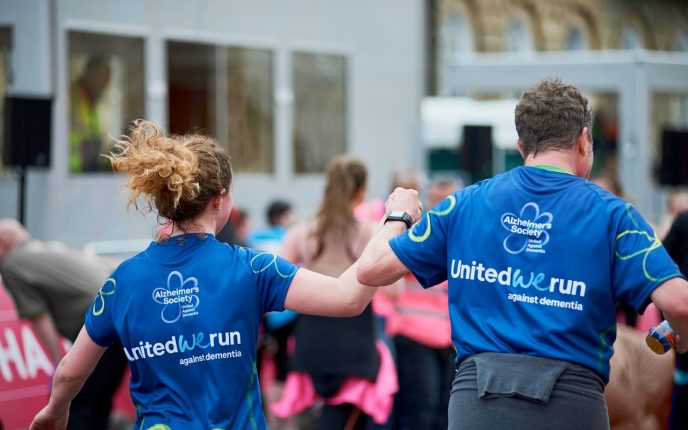 Alzheimer’s Society and Cardiff Half Marathon Unite against Dementia

Alzheimer’s Society have joined forces with the Cardiff University/Cardiff Half Marathon to unite against dementia.

Wales’ largest mass participation event and has announced a new association with the nationwide charity to help spread the word during Dementia Awareness Week. There are 850,000 people with dementia in the United Kingdom, with numbers set to rise to over 1 million by 2025, but  Alzheimer’s Society are fighting back.

More than 25,000 runners will make this year’s Cardiff University/Cardiff Half Marathon the biggest and best yet on October 1st. And we’re encouraging runners to hit the streets of the iconic Welsh capital in support of Alzheimer’s Society, who are committed to spending at least £150 million over the next decade on dementia research to improve care for people today and find a cure for tomorrow.

Matt Newman, Run 4 Wales CEO, said: “Dementia is affecting more and more people across the length and breadth of the UK, and  the work of Alzheimer’s Society is vital if we are going to continue learn more and eventually find a cure for this complex condition.

“We’re delighted to welcome such a good cause aboard for what promises to be an unforgettable Cardiff University/Cardiff Half Marathon. We’re urging runners to take-on the iconic Cardiff course in support of Alzheimer’s Society, who can do more to help people fighting the disease by understanding more about it.

“We look forward to seeing the team amongst the masses taking part on October 1st, and wish everyone running for Alzheimer’s Society the best of luck.”

Dementia is now one of the biggest killers in Wales, with someone being diagnosed every three minutes. Now more than ever, we must all come together and unite against dementia.

Suzy Edington, Alzheimer’s Society Events Fundraising Manager, said: “Over the last three years Cardiff Half Marathon runners have raised over £100k for Alzheimer’s Society, enabling us to provide information, advice, emotional support and vital care to people affected by dementia in Wales and across the UK.

“I’d like to thank everyone who has united with us against dementia and helped us get closer to finding a cure and ensuring everyone has the support they need. We’re delighted to be Associate Charity Partners for this event in 2017 and look forward to cheering on all of the amazing runners in October.”

The 2016 race sold out in just six months and attracted a record 22,000 runners, but interest in the 2017 race has been higher than ever – with organisers expecting 25,000 runners at the iconic Cardiff Castle start line on Sunday 1st October. Sign up at www.cardiffhalfmarathon.co.uk/register/ to make sure you don’t miss out on what promises to be another day to remember in the Welsh capital.

For more information about the work Alzheimer’s Society are doing to fight dementia, head over to www.alzheimers.org.uk.